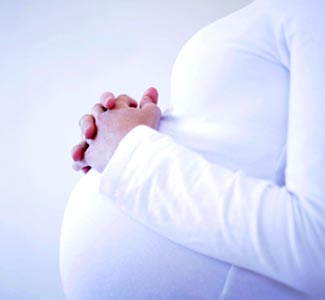 Either we’re pro-life or we’re not pro-life, and firing an unwed pregnant Catholic school teacher is not pro-life no matter how you slice it. I don’t care what her contract said. I don’t buy the notion that children will be scandalized. None of it washes. Let’s face facts. We are all sinners. Some of us, unfortunately, sin in ways that are much more public than others, and so we are called out while everyone else slides by with their private sins rolling merrily along.

Let’s look at one single aspect of this case: Okay, a single woman becomes pregnant, tells her superiors at her Catholic school that she plans to keep her baby, and is subsequently fired by “higher ups” in the Diocese of Helena after officials receive an anonymous letter, according to news reports. What do you think happens the next time a single Catholic school teacher finds herself pregnant with no husband? Yeah, abortion might be the obvious choice if she thinks she might lose her job otherwise. So much for that pro-life thing.

I’ve heard about the “right way” this could have gone down — a kinder, gentler firing of sorts, but the bottom line is that there is no scenario where firing this woman is right. It would have been nice if, instead, the school, the local parish, maybe even the larger diocese  rallied around her and gave her the extra help she might need — babysitting, dinners cooked, some diapers, whatever — to make her life a little easier once her baby is born. And I’m guessing there are individual people from that school or parish who are doing just that anyway because people are kinder and more understanding than the rules allow. Because most of us recognize that there but for the grace of God…

I am dumbfounded that the local Church would fire a pregnant woman no matter what her at-home circumstances. I think back to my life as a student and, to be honest, I couldn’t even begin to tell you about the personal lives of my teachers. It never would have fazed me if my teacher had been pregnant. I didn’t know their husbands, or if they had husbands. I just loved my teachers, plain and simple, exactly as they were — married, single, pregnant, not, young, old, man, woman. Little kids don’t really get into morality, and older kids, well, again, what are we teaching them about choosing life over abortion? Not a lot if they’re seeing their teacher fired for being pregnant and unmarried. That will do more to sway their future actions, I’m sure, than anything else they might have taken from their teacher’s situation.

If we want people to have their babies rather than abort them, we’d better be able to walk the walk, and firing a single woman who has the courage to bring her baby to term on her own in spite of the trouble she had to know she’d face at her job, isn’t walking the walk. It’s walking in the opposite direction. I keep trying to look at this from all sides, but I can’t see any side of this that makes firing the best answer. Did she violate a contract that said she had to uphold Catholic teaching? Yeah. Then let’s go through the lives of every other teacher and see where they did or did not live up to Catholic standards. My guess is they’d be firing the entire staff. We are all sinners. Everyone violates Catholic teaching in one way or another. Why should only the obvious sinners pay the price?

I believe Jesus said it best, “Let him who is without sin cast the first stone.”