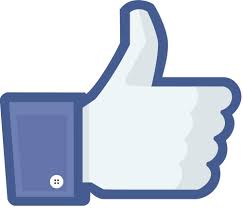 It was hard enough staying off Facebook for two days when I had multiple people emailing, texting and calling to ask why I had disappeared. Apparently when you deactivate, even when you tell Facebook it’s just temporary, your entire page vanishes, like you’ve been sucked into some black hole, like you never existed in the first place, which is a whole other existential blog post I’m not up for writing today. I heard from a few friends and relatives who wondered if I’d unfriended them or if they’d accidentally unfriended or “erased” me after they tried unsuccessfully to send me a message or write on my wall. Oh, the tangled worldwide webs we weave.

Then came the kicker. Dennis was sitting across from me with his iPad and mentioned that the professor from Gilligan’s Island had died. And then a few minutes later than Reuben Kincaid from the Partridge Family had died. Wait. What? See what happens when you leave Facebook? You miss out on critical information like this.  I think the professor and Reuben are reason enough to sign back onto Facebook.

Seriously, there are lots of good reasons to sign back on, all of them having to do with people I love. But I will say this, since I’ve been off — and although it feels longer, it’s only been a little more than two days — I have sent out four handwritten notes, something I almost never do when I can send a FB message instead, and I’ve received phone calls from two people I never talk to because we “chat” via message on FB. So being off Facebook clearly has its benefits. But with Facebook I’d be seeing those same people almost constantly and would be up to date on every last thing going on in their lives. So, again, balance is the bottom line.

I’ll have you know that I received an anonymous email — my least favorite kind of email — from someone telling me I should learn about real friendship (which I kind of already know about since I wrote a book about it and all) and that I don’t really have any “authentic” friends on Facebook. After I got over my complete annoyance first with the anonymity of the email and second with blanket statements about my life by someone who doesn’t know me at all, I realized that this person doesn’t understand the first thing about Facebook, which is her loss. I absolutely have some very authentic friends on Facebook, people I’d go the distance for if they called and needed my help, people I pray for regularly, people I can’t see in real life because of distance but get to see every day through the magic of Facebook. (BTW, I think if you’re sending anonymous emails you probably have a thing or two to learn about authenticity.)

without getting sucked into the time-wasting void. I know, good luck to me with that. But I can’t give up the virtual relationships I have with so many lovely people, some I didn’t even know before Facebook came along. It’s a beautiful thing. I used to be one of those people who said I was only on Facebook because I HAD to be on Facebook for work purposes, and in the beginning that was absolutely the case. But the truth is that at this point I couldn’t care less about the work stuff. I want to see my friends’ kids and hear about their lives and share vicariously in their vacations and celebrate with them or mourn with them and pray for them.

In the spirit of full disclosure, however, I also plan to go through my friend list and remove those folks with whom I have zero personal connection. I don’t know how many friends I have, but I do know that many of them are not even acquaintances. So my personal page is about to become more personal. If you are my friend there and we don’t know each other in real life, please head over to my author page HERE and click like so we can remain connected. I just need a better separation between personal and professional on Facebook.

December 8, 2019 • Life Lines
I first got to know Sister Johanne McCarthy, C.S.J., about 18 months ago when she wrote to complain that our Albany diocesan newspaper wasn’t giving ...
Read More