Sometimes being a “talker” has nothing to do with talking 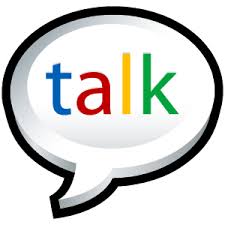 I walked into Zumba class at our local Y last night and found my spot on the studio floor. Just in front of me was a woman I’d never seen before, but I smiled, said hello, and asked if this was, in fact, a Zumba class since it was normally not in this  particular time slot. And then the floodgates of a one-sided conversation opened.

This lovely woman told me about her exercise regimen, her struggles to lose weight, and all sorts of unrelated things. She was especially excited about the possibility that her boyfriend, who is in the military, might receive a special honor for his volunteer service. She told me about him, about the fancy dinner she’ll get to go to if it happens, about the dress in her closet she really, really wants to fit into in time for this gala, and about the mani-pedi she plans to get as a special treat. I was the first person she told about all this, she said. I stood there, nodding, offering an occasional, “that’s great,” and smiling.

Later that evening, as I was driving home I thought about this woman and why she had decided to tell a perfect stranger about the details of her personal life as if we’d known each other for years. I realized it has everything to do with my being a “talker,” despite the fact that I wasn’t the one  doing the talking. And I’m noticing this more and more lately.

I love to tell stories, but, just as much, I love to hear stories. I love to meet people and figure out what makes them tick. I think people can sense that when they meet a talker. Whether it’s the smile or my willingness to speak at all to a total stranger in the first place, they sense that they are safe, that they can say what they want and the other person will take it all in.

I think it has something to do with being willing to let your guard down first, and that just seems to be the way I was hardwired. In conversations, in books, in columns, in blog posts, I am wiling to be vulnerable and open and honest. That doesn’t always work in my favor, but most of the time it does. Most of the time it puts me in contact with people I might otherwise never meet or never get to know, and what a loss that would be. My life is richer and fuller, I think, because I am willing to talk — to the person bagging my groceries, to the woman checking me in at the doctor’s office, to the guy in the elevator at the New York Public Library, to friends in real life and on Facebook.

For most of my life I have taken the self-deprecating approach to my chattiness. Knowing that people tend to comment on it and not like it, I always go with the best-defense-is-a-good-offense play, poking fun at myself before others can do it. But I don’t think I’ll be so quick to do that anymore because as I move through life and meet people whose stories are filled with sorrow and joy and anticipation and struggle, I realize I don’t want to miss any of it. Being a “talker” isn’t just about the talking, not by a long shot. It’s about the listening and the connection that is the happy by-product, sometimes a connection that is fleeting and sometimes one that sticks. Both are beautiful in their own ways. Give it a whirl. Smile, say hi first, open yourself up to the possibility that there’s a great story waiting to be told.