‘Shining like the sun’: Merton goes to the prom 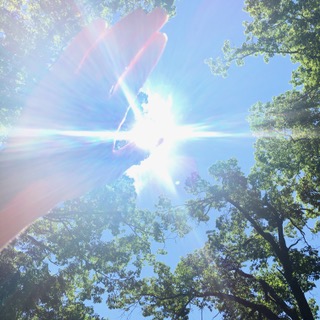 I was standing in the dressing room of Lord & Taylor recently, waiting outside a closed stall door as Olivia tried on dress after dress in the elusive search for the perfect prom attire. As I scrolled through Facebook while she ran through her costume changes, I was surreptitiously eavesdropping on a group of high school girls who had taken up residence in the other four dressing room stalls, sequins and taffeta spilling out each time one of them peeked out to ask for an opinion. They ran back and forth between stalls, giddy with excitement and generous with compliments as they gushed over each other’s choices and encouraged each other to be bold and wear something outside of their typical fashion comfort zones.

One girl, tall and thin with fair skin and strawberry blonde hair, came out in a stunning green-sequined dress and declared, “I love the dress but not the execution,” and she ran back to her stall to try again. Truth be told, she looked gorgeous, but as is so often the case, what we see in the mirror when we look at ourselves is often not what other people see when they catch the exact same glimpse of us. A few minutes later, another girl opened her door and the other three oohed and aahed and tried to convince her that this was “the one.” They begged her to come out and take a look in the three-way mirror at the end of the hall, but she was shy and backed into the stall head down, smiling nervously, mumbling something about looking “lumpy.” Meanwhile, I was doing the same dance with Olivia. Every single dress she tried on could have been a keeper, but as she harshly judged her appearance and pointed out flaws I couldn’t find, I could hear echoes of my own self-criticism.

In that moment, leaning against the wall of the dressing room surrounded by these teenage girls formed by a culture soaked in altered and unrealistic images of beauty, I experienced my own version of Thomas Merton’s famous epiphany on a crowded Kentucky street corner on March 18, 1959.

“In Louisville, at the corner of Fourth and Walnut, in the center of the shopping district, I was suddenly overwhelmed with the realization that I loved all those people, that they were mine and I theirs, that we could not be alien to one another even though we were total strangers…There is no way of telling people that they are all walking around shining like the sun,” Merton wrote in “Conjectures of a Guilty Bystander.”

“If only they could all see themselves as they really are. If only we could see each other that way all of the time.”

I have often joked that rather than feel an overwhelming Merton-esque type of love for the people surrounding me on a street corner, I am more likely to feel an overwhelming sense of annoyance. So, imagine my surprise when there, in Crossgates Mall on a cold February night, I had my Merton moment.

Although I never interfered in the conversation or offered any opinion, I was quietly but unavoidably smack dab in the middle of the action. As the girls went about their fashion show commentary, I could not help but smile, and I felt an overwhelming sense of love and protection as I looked at these beautiful young women who were being so hard on themselves and so critical of their looks when, in reality, they were all shining like the sun.

I think we all start out that way—shining like the sun—but the world’s demands and life’s daily struggles and our own misguided attempts to live up to someone else’s ideal cast a shadow over us and eclipse our light. Every once in a while, if we’re lucky, we find ourselves standing in a crowd, realizing we belong to each other; we are one.

This column originally appeared in the March 2, 2017, issue of Catholic New York.

Resolve to Evolve: Begin a journey of true transformation

December 15, 2022 • retreats
'Tis the season to start thinking about our grand self-improvement plans for 2023, right? It's right around this time of year, when we're eating too many ...
Read More

December 4, 2022 • Advent
My Catholic News Service column for the Second Sunday of Advent. (The image is me offering an expanded version of this message as a reflection at Mass during ...
Read More