Life in My 50s: Reclaim your joy, your truth, your life 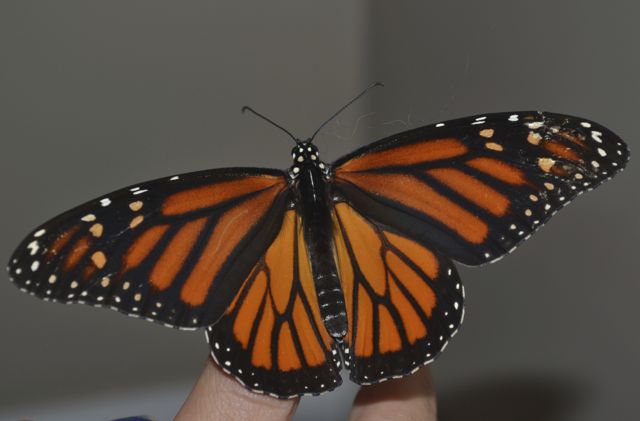 I find this whole midlife, midcentury thing to be more interesting than I originally expected when I hit the big 5-0 last fall. What I’m finding is that it’s not so much a rebirth but a birth, plain and simple. I’m being born into the second half of my life, or what I hope will be the second half of my life if I have genes even remotely like my paternal grandmother, who is 100. This birth is difficult and exciting and painful, as any birth might be. At every turn I find myself up against an “old” or current version of myself. Is this where I want to be? Where should I go next, and how do I get there? I find myself wanting to redirect the path and reclaim various parts of my life — my time, my style, my joy,  my truth. But, in the words of Pilate, what is truth?

Every time I think I’ve  finally emerged from the dark tunnel of introspection, doubt, and fear, I realize it’s only a momentary reprieve. There’s another tunnel ahead, maybe even a little narrower than the one before. That’s where I’ve been on and off for the past six months or maybe even a little longer. In tunnels. Dark tunnels with no windows. Think Lincoln Tunnel during Friday afternoon rush hour.

And while that may sound overly dramatic, I really don’t mind being in these tunnels, the birth canals of midlife. It seems like a necessary path to take at this point, if I want to step out of my own shadow and become who I was always meant to be but who has gotten lost amid all the stresses and responsibilities of daily life.

Here’s what I’ve discovered and dug up while on my tunnel journey:

I’ve always been teased over the fact that I talk too much, so much so that I am very much aware of how much people don’t like my talking, even as the words are coming out of my mouth and I am mentally scolding myself. Ask anyone who knows me if I can’t shut up, and they would answer with a resounding, Yes! But the truth is, I love silence, more and more as I get older. I want quiet, solitude, peace. I could easily go away for a weeklong silent retreat and not bat an eye. Two days of silence is not nearly enough. Silence lets your heart speak. Silence lets your heart listen. Silence could probably cure a whole lot of this world’s ills if people would just take the time to retreat for a few minutes and listen for the whisper of the Spirit around them.

God is my center, but that doesn’t mean I don’t struggle with God on a regular — almost daily — basis. Ask anyone who knows me, and they’d probably say I am a holy roller. After all, I’ve worked for the Church for almost 30 years. I write prayers and reflections, articles and books, all of it revolving around faith and prayer and spirituality. But no one knows the inner workings of the relationship I have with my Creator or what I believe in my heart of hearts, something that is constantly evolving, probably more edgy than what anyone assumes of me, and totally mine. I often say my books take me to where I need to go on my journey, and that is the truth. I write my books for me, because I find spiritual life and faith to be an ongoing series of questions, confusion, doubt, and movement, and writing about it helps me deal with all that. Lately those feelings have been swarming around my dark tunnel with a vengeance. And that’s okay. It’s okay to be in a dark spiritual place and to maybe come out of that place somewhere totally unexpected. No matter where I end up, I know one thing: God remains. God alone. And that is enough.

Although I’m starting to feel the first signs of the physical diminishment of midlife — achy joints, minor ailments that never go away — in every other way this time of life is a time of growing. I can look at twenty-somethings and envy what’s ahead of them, but then I remember that they don’t know what I know and so they don’t even know that where they are right now is something to treasure and embrace. Wisdom, the gift of midlife and old age. What’s that cliche? Youth is wasted on the young. In many ways, that’s so true. What would you have done in your 20s if you could have known then what you know now? Well, what’s stopping you? Do it now, no matter how old you are. Take up belly dancing (done it), go to a foreign country alone (done it), buy something totally outrageous but 100 percent you, even if no one else gets it (done it, done it, done it), sky dive (never happening). Whatever you wish you had done then, if it’s at all possible, try to do it — or some version of it — now. It’s never too late. Take chances.

Every day there’s another discovery. Sometimes I battle with these feelings and with this movement in new directions. I resist. I shake my head no. I scream. I worry. Sounds a lot like childbirth to me. But, you know what? When it’s over and I’m finally out of that last tunnel, I have a feeling I’ll forget all of these labor pains and see only the end result — joy, and my true self dancing in the light once and for all.