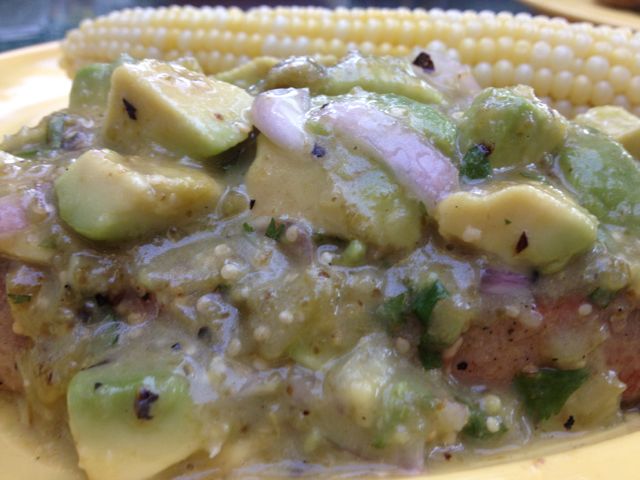 This is one of Dennis’ specialities. I’ve never made it. But it is so good, I have to share it here. If you don’t like tuna steaks, the sauce is so amazing you need to make that and put it on something else — grilled veggies, a baked potato, tortilla chips, the back of your hand. Yeah, it’s that good. Make extra.

This recipe is from Bobby Flay’s Boy Gets Grill cookbook. Serve it with fresh corn-on-the-cob for a perfect summer dinner.

1/2 cup mild vegetable oil, such as canola, plus extra for brushing

Mild vegetable oil, such as canola

January 31, 2018 • Cravings
By the time we end our Cravings journey in a few weeks, we will be well into Lent. Hard to believe. And yet, the liturgical calendar seems so perfectly timed ...
Read More