From God’s dreams to our house 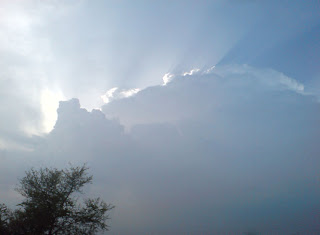 Four-year-old Chiara is always trying to put things into chronological order in her mind. You may remember a post I wrote this summer where she tried to wrap her mind around the fact that it’s never tomorrow. Lately when she asks questions, she wants to know if she was a baby when it happened or if she was still in my belly. But every once in a while she asks about something from ancient history — say five or six years ago — and she gets this quizzical look on her face when I tell her that no, she was not yet in my belly. For a 4-year-old whose view of the world pretty much revolves around our house, her school and our church, it’s pretty hard to imagine a time and place beyond all of this, a moment where she did not exist even in my belly.

We were driving to her preschool recently when she asked one of her many questions about our life as a family, something about when Noah (who is almost 13) was a baby. And, on cue, she asked if she was in my belly then. So I had to tell her again that she was not yet on the scene. But this time, instead of just looking at me as if I was speaking in tongues, she said:

“You mean I was still in God’s dreams?”

Well, that just melted my heart, and I would have stopped the car on the spot and turned around to hug her if it wouldn’t have caused a huge accident. She has said it several more times in the past week. I love the fact that she now has a poetic and beautiful explanation that makes sense to her, one that reminds her that she has always been in a safe and loving place, even before she blessed us with her presence here.

Last night, she came walking into the kitchen with our wedding album and she pointed to various pictures and asked questions. I told her how much I loved those pictures and, of course, she asked, “Why?” When I told her it was because it was from the day I married her daddy and that was a very special and happy day, she said:

“Because you couldn’t wait to get home and find out what kids you got?”

Sort of, although the finding out part may have taken a little longer than what Chiara is estimating. From God’s dreams to our house. It may sound simplistic, but it’s really just a pared down version of this beautiful passage from Psalms:

“You formed me in my inmost being;
you knit me in my mother’s womb.
I praise you, so wonderfully you made me;
wonderful are your works!
My very self you knew;
my bones were not hidden from you,
When I was being made in secret,
fashioned as in the depths of the earth.
Your eyes foresaw my actions;
in your book all are written down;
my days were shaped before one came to be.”
— Psalm 139: 13-16

August 6, 2017 • family
My annual tribute to the baby I lost, the baby I call Grace: For the past few days I’ve been looking at the numbers on the calendar, growing more and more ...
Read More

August 5, 2017 • family, Noah, parenting
Dennis and I were sitting around the kitchen table one morning talking with our son, Noah, who is home from college for the summer and working full time for ...
Read More