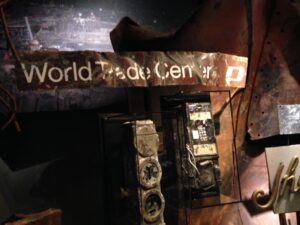 Here’s the Life Lines column I wrote 15 years ago, in the days following 9/11. So much has changed since that time. Our world has changed. My family has changed. And yet, for me, this column still resonates with things that feel very much in tune with our world right now. Here’s wishing all of you, all of us a future of peace — peace in our hearts, peace in our homes, peace on our planet.