Would you rather be a clothesline or a kite? 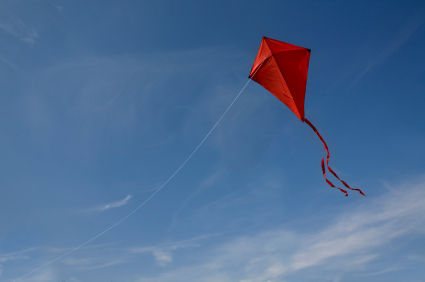 Would you rather be a clothesline or a kite? That was the question, and we were supposed to pick sides. Dennis ended up standing on the clothesline side, while I opted for the kite crowd. Then came the hard part: Why?

The people who saw themselves as clotheslines had lots of good reasons: A clothesline is stable, secure, practical, useful, doesn’t get tossed about by the wind, and has a great view of the world below.

Those of us who chose kite had our own good reasons: A kite moves with the wind rather than resist against it; it’s not tied down to one place; it’s joyful, colorful, and unique; it’s up in the clouds and looking out at the world.

There was no right or wrong answer, and yet our answer — whichever we choose — says a lot about us,  doesn’t it?

Kites make me think of being on the beach, which is pretty much the only place we ever fly kites. So it’s a very good association, that image of a colorful kite bobbing and twisting, diving and soaring against the backdrop of the ocean. Hard to argue with that. Although clotheslines make me think of my apartment in the Bronx, which had a white rope line stretching from my bedroom window to my fire escape. You have no idea how happy that clothesline made me, and not just because I didn’t have a dryer in my apartment. (Only a washer.) That clothesline reminds me of a special time in my life, a time when I didn’t need a whole lot but seemed to have everything I could ever want. 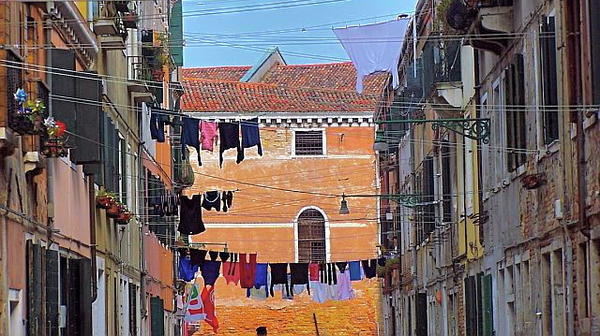 Still I’m going to stick with my original kite answer. Unless I can be a clothesline in Italy, then maybe I could be persuaded to switch sides.

So what would you want to be: a clothesline or a kite?