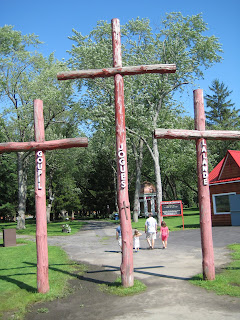 One of my favorite places in upstate New York, just 45 minutes from my home, is the National Shrine of the North American Martyrs, whose feast we celebrate today. Those three crosses in the photo above mark the entrance to the shrine with the names of three martyrs: Jesuit missionaries Isaac Jogues, Rene Goupil and Jean La Lande.

The shrine in Auriesville, which is also the birthplace of Blessed Kateri Tekakwitha, is not just a beautiful location in the Mohawk Valley but a truly sacred spot, steeped in the history and blood of the martyrs who suffered there. You can walk the ravine and read St. Isaac Jogues’ own words explaining the prolonged torture and terrifying death St. Rene Goupil suffered at the hands of the Iroquois. It was a hatchet blow to the head while Rene Goupil was teaching the Sign of the Cross to children that finally sealed his fate in 1642. Isaac Jogues didn’t fare any better, having survived years of torture and enslavement and having his fingers chewed or burned off. He was killed and decapitated in 1646.

I didn’t really know much about Jean de Brebeuf until I read Jesuit Father James Martin’s post over on America magazine’s In All Things blog today. From Father Martin’s wonderful (if a bit gruesome) post:

Jean’s first journey to the Huron homeland, 800 miles from Quebec, was grueling. Jean tied his shoes around his neck, hiked up his cassock and climbed into the bark canoe. This passage, from Donnelly’s biography, Jean de Brébeuf, first published in 1975, made a lasting impression on me when I read it as a novice:

On a journey the Indians spoke little, saving their energy for paddling their average of ten leagues, about thirty miles a day. Squatted on their haunches, immobile for hours on end, except for the swing of their arms and shoulders wielding the paddle, they generally had no small talk. Rising at dawn the Hurons heated water into which they dropped a portion of coarsely pounded corn….[After] their scanty meal, the Hurons launched the canoes and began another day of silent travel. In the evening, when the light began to fail the Indians, making camp for the night, ate their [corn meal] and stretched out on the bare ground to sleep. The swarms of mosquitoes, deer flies, and other insects…seemed not to bother the Indians….Then at dawn the whole painful process began again.

Read the full post HERE, and, if you can, make a pilgrimage to the shrine. I have posted multiple times about Auriesville because once you’ve been there, it stays with you and you want to go back. I’ve even had the opportunity to camp in a tent on the shrine grounds during a Boy Scout retreat. You can read about my previous visits by clicking HERE, or by clicking on the “Auriesville” tag below. I’ll leave you with a few parting images of the shrine from my most recent visit: 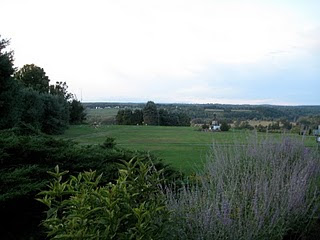 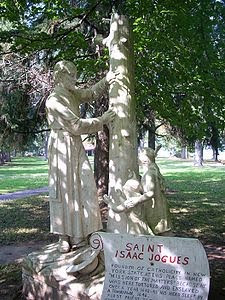 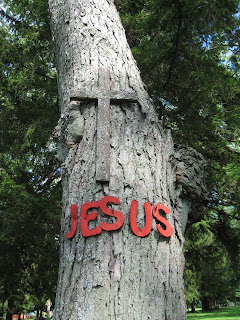 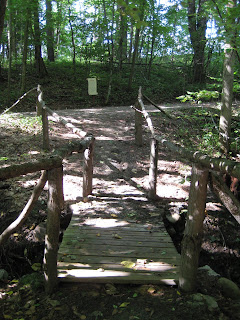 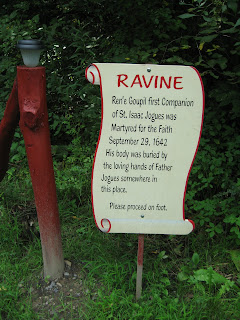