Judging a candidate by her clothes. What year is it again? 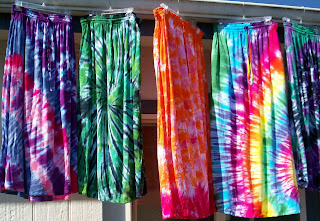 Show of hands, please? Who here votes for a candidate based on what he or she is wearing? Didn’t think so. You can put your hands down.

Why — WHY? — does the NY Times feel the need to devote a giant feature story in today’s Style section to what the candidates — wait, let me correct that — what the FEMALE candidates are wearing on the campaign trail this season? Have we really not moved forward at all? Are women still going to be judged on their hair, their glasses, their pant suits, or lack therof?

Apparently we have not made one inch of progress when it comes to judging women candidates based on what they say or do. We’re all still back in the high school lunch room, checking out the cool girls and wishing we could be like them, or risking a date to the prom — or the general election — if we’re not.

First of all, why is there a story about this at all? And when will the feature on the fashion sense of male candidates be making its way to print. (Although I wouldn’t be surprised if that doesn’t eventually show up given what I’m sure will be the outrage the Times will hear from fed-up female readers.) Second, are they saying it’s impossible for someone to look like Sarah Palin but think like Hillary Clinton, and vice versa. Do we still think someone has to look like a man to think like a man, and why do we want someone to look and think like a man? Look what that’s gotten us so far. But I digress…

A clip from the story, with the voice of reason coming from the editor of Vogue:

Indeed, there is much to suggest that women who aspire to office continue to dress defensively. Frightened, even terrified, of committing a wardrobe gaffe on national airwaves, most adhere to a rigid, patently dated style that has all the allure of a milk carton.

The prevailing look, modeled on corporate executives, with an occasional nod to the astringent style of female news anchors, is anathema to professional style-watchers. When, during her presidential campaign, Mrs. Clinton declined an invitation to appear in Vogue magazine for fear, her handlers said, of appearing “too feminine,” Anna Wintour fired off a scathing editor’s letter.

“The notion that a contemporary woman must look mannish in order to be taken seriously is frankly dismaying,” Ms. Wintour chided. “I do think Americans have moved on from the power suit mentality. Political campaigns that do not recognize this are making a serious misjudgment.”

Thank you, Anna Wintour, for saying what needs to be said. Is anyone listening? Are any man-tailored suits being packed into Hefty bags and put out by the curb?

I just don’t get it. Then again, when I was managing editor of Catholic New York, my work “uniform” of choice was this: Pier One dresses imported from India, men’s black cowboy boots transported from Texas, and a vintage military jacket purchased at the closest second-hand shop. That might explain why I’m not a CEO — or a politician. Or why I’ve chosen to work in my basement where it’s always casual Friday.

I’m voting for the first person to show up in a tie-dye skirt and a fringed leather jacket. I happen to have one you can borrow if you’re running for office.