Fitting farewell for a giant in Church communications 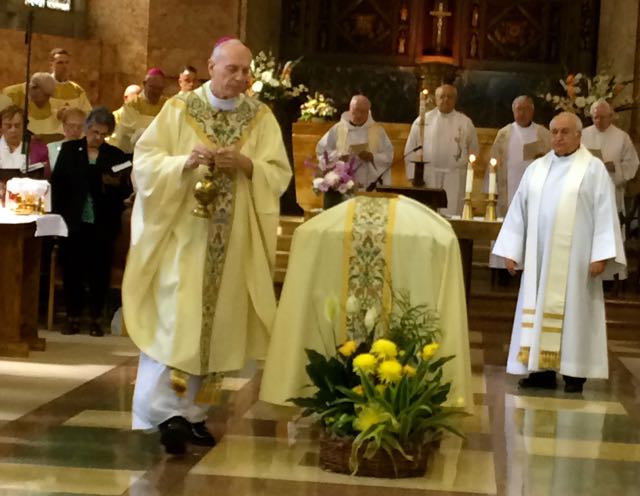 I was honored to be able to attend the funeral of Mercy Sister Mary Ann Walsh this morning in the chapel at her motherhouse in Albany, where family, friends, and quite a few Catholic media colleagues gathered to pay their respects and say farewell to a woman who has set the standard for Catholic communications for decades. Although I had the chance to work with Sister Mary Ann only minimally here and there over my own 30 years in the Catholic press, she was present at every turn, whether it was a story she wrote for Catholic News Service, a press release she sent from the United States Conference of Catholic Bishops, or, in later years, her blog posts and, finally, her America columns. 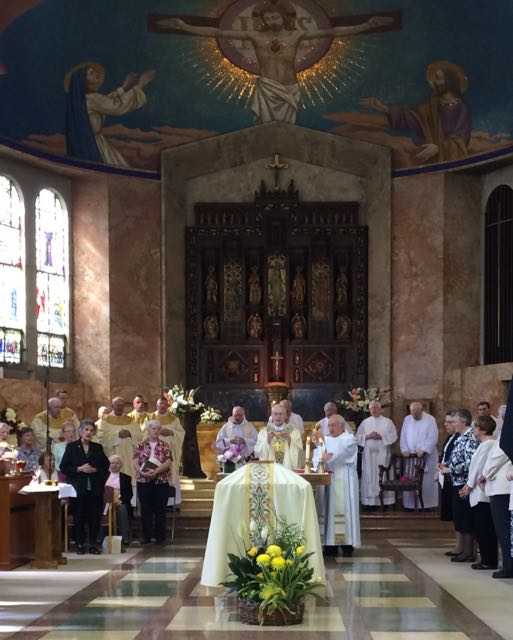 Bishop Emeritus Howard Hubbard of Albany was principal celebrant of the funeral Mass.

As I sat a few rows behind  her coworkers from the USCCB and CNS and listened to priests and bishops sing her praises, I thought about how lucky and blessed I have been to work in Church communications during Sister Mary Ann’s tenure. When I walked into Catholic New York all those years ago as an intern, little did I know that one story would turn into a lifetime of Catholic writing, and it is because of Sister Mary Ann — a trailblazer for women journalists covering the Church — that so many of us had the chance to pick up a pen and follow, in whatever small way we could, in her footsteps.

We said goodbye to a great lady today — a woman of faith, a woman of integrity, a woman of talent who taught all of us, even those of us who had to learn from afar, what it means to communicate the Good News with truth, honor, joy, and courage.