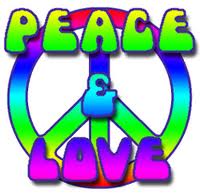 Do you want to know how bad it’s getting? Yesterday, while in the shower, I found myself singing — out of the clear blue sky — “Come on, people now, smile on your brother. Everybody get together. Try to love one another right now.” I haven’t sung that song since I was in my parish folk group in high school, but this is what it’s come to, people. This is what I’ve been driven to by those who seem to want to find misery where they should be looking for joy, by those who want to tsk-tsk rather than open their hearts and their arms and embrace the possibility of, well, everything.

The initial folk singing was really sparked by the people on both sides of the Catholic spectrum (as well as those who’ve opted to leave the spectrum completely) who have been complaining to me via email, Facebook, and Twitter about my obvious joy over Pope Francis. They simply can’t stand it. How can I be so hopeful when this or that or the other thing could be looming out there? He’s liked by a liberal. He’s liked by a conservative. Run for your lives. Everyone take a deep breath and get a grip. How about we let things unfold a bit, at least a week. Let’s start with that. The man hasn’t even been installed yet, for goodness sake.

But the misery-mongering isn’t just about all things papal. It seems people want to find things to complain about on all fronts, and it’s really bringing out the 1970’s folkie in me. Hence, the singing in the shower. Don’t make be break out the Beatitudes set to Blowin’ in the Wind, or, the ultimate A-bomb of folk music, Kumbaya. I’ll do it. I’m just that twisted. I have a guitar. It’s not that hard to make a video, you know. I’ll flesh all the misery-mongers out like you’re Noriega in Panama.

I want joy, people. Let me see some joy! And just in case you don’t remember that first song I mentioned, here you go. Do you know how many times I sang this at Mass? I can’t wait to hear from all the liturgists!