Empty is the new full 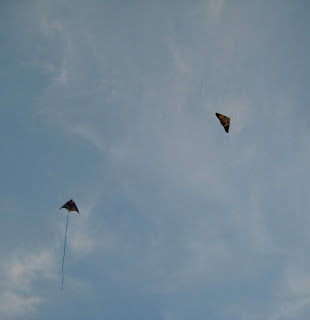 I can always tell when 6-year-old Chiara has had enough, or too much. She hangs onto my waist, cries at the drop of a hat, and, in the ultimate role-reversal, tells me she thinks she needs to go to bed rather than watch a TV show. You don’t have to be a parenting genius to figure out that her day was just too full.

Chiara needs her down time, even just an hour or so after school when there’s nothing to do but draw on the driveway with chalk, or swing toward the heavens in the backyard, or serve out some plastic ice cream in the play kitchen. She loves her dance classes and her Daisy troop and her karate, but when she gets a week where every afternoon is occupied, and maybe even a few evenings, the edges of her typically sweet demeanor start to fray. So why is it so surprising when the same thing happens to us as adults?

We go, go, go, always thinking we need to be doing at least two things at once, feeling like any downtime is a sign of laziness or, at the very least, serious lack of motivation. Even when we finally do sit down to “relax,” most of us bring along the laptop or iPod, the newspaper or crossword puzzle, a stack of bills or a work project.

When I recently finished one book manuscript only to begin another the very next morning, I found myself in the unlikely position of having nothing to say. I stared at my computer, not just for an hour but for a few days. The problem was not that I didn’t know what to write; I just couldn’t access it. It was buried too far below all the stress from the previous weeks. I had emptied myself out during the writing of one book, but I never filled myself back up before starting the next. I secretly wished I could just lean against the nearest person, à la Chiara, and whimper until someone made me a cup of cocoa and read me a book.

The emptiness I felt wasn’t just a professional emptiness either; it was a total emptiness. I felt physically drained and spiritually blank. I would sit in church and wait to feel something, anything, but I just didn’t have the emotional energy to get involved. In my heart I knew what I needed was a retreat, but my schedule – not to mention a silent retreat only six months ago – made that option unlikely. Rather than realize I needed to create a mini-retreat experience right here at home, I plodded along, trying to force my way back to normalcy despite everything that was screaming at me to find some chalk and just start doodling on the driveway, or some other equally silly but satisfying activity.

If we want to move forward in anything – professional life, family life, prayer life – we have to carve out time to be present in a moment, to do something totally unproductive and not feel an ounce of guilt, to act like a 6-year-old and maybe even whine and plead until we get that moment of pure joy we desire (and deserve).

As a retreat director of mine once said, “You are a human being, not a human doing.” Too often we forget that and lose sight of what it means to stop everything and just be.

I recently was doing a creative exercise that suggested I make a collage one day and write a poem the next. At first I scoffed, but then I went against my “better” (aka type-A) judgment and did it. Both my collage and my poem are now hanging where I can see them as I write, reminders that it’s necessary to take time out to recharge and relax.

Fly a kite, hike in the woods, cut up an old magazine and make your own collage. Find one hour to revel in doing nothing, and rediscover the joy of what it means to be a human being.

Fear or trust? Which will you choose?

July 6, 2022 • spirituality
Full disclosure: I was never a big Carlos Santana fan. Okay, I wasn't really a fan at all. That is unless Rob Thomas was singing as Santana played. But then ...
Read More

August 17, 2016 • spirituality, writing
I opened my Twitter feed yesterday to find this message posted by The Clearing, a spiritual wellness website: "Read why @MaryDTP is one of our top 25 blogs ...
Read More