Entering the ‘Twilight Zone’ of parenting 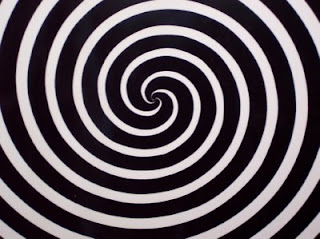 Noah headed out on a winter camping trip tonight. The angst leading up to his departure made it clear, once again, that we have definitely entered the dreaded teenage years. And that reminded me that I had not yet posted this recent Life Lines column about this new adventure in parenting. So, without further adieu, here it is:

Just last month, Dennis and I entered the Twilight Zone of parenting, also known as the Teenage Years. Noah, our first-born, reached the magic age on New Year’s Day, giving us the chance to ring in not only a new year but also a new era.

Fortunately for us, it hasn’t been a total baptism by fire. Noah has been kind enough to ease us into teenage life. For the past six months or so, he’s taken to glowering at us from under half-closed eyelids and responding to just about everything we say — from “Hi, Sweetie. You look nice,” to “What happened to that permission slip?” — in the same annoyed tone. I figure right about the time Noah starts pulling out of this semi-permanent funk, Olivia will be moving in and then Chiara right behind her. We’re looking at 15 straight years of teenage angst here, people.

Of course, not everything having to do with teen life revolves around the teen (despite what said teen thinks). A lot of what will happen in the coming years, already is happening right now, has to do with how we respond to our teen and what kinds of freedoms and limits we give him.

It’s Noah’s job to test boundaries and to pull away, even as he secretly wants our affection and attention. As I roll my eyes and sigh with exasperation every time he growls his morning greeting, I know in my heart that this is how it is meant to be. For my part, I have to do a little letting go while being careful not to leave him in a free fall. He has been very sheltered for 13 years. Now it’s time to trust that what we’ve taught him will get him through some difficult growing pains. I vaguely remember those early teen years; they were no picnic.

Just this week, we talked to Noah about ending the piano lessons he has taken for more than five years. He just doesn’t seem that interested anymore. Rather than the simple responses we may have had as parents of a toddler or young child – time out, for example – we have to find a new way to make an impression. So we asked Noah to think about why he wants to continue lessons and why we should continue to fund them and then tell us without shrugging his shoulders or saying, “I don’t know.”

We got a two-page written response, proving that he can present quite a persuasive argument when he puts his mind to it. The three of us approached the piano problem as adults and near-adult, talking instead of lecturing (on our part) and listening instead of ignoring (on his part).

As I look ahead to the big events in Noah’s life – driving a car in only three years, graduating from high school in five – I realize that a lot of what will happen in our relationship over the next few years will hinge on my ability to accept that my baby isn’t a baby anymore and on my willingness to step back and watch him spread his wings, even as I am quietly waiting in the background, ready to catch him at a moment’s notice.