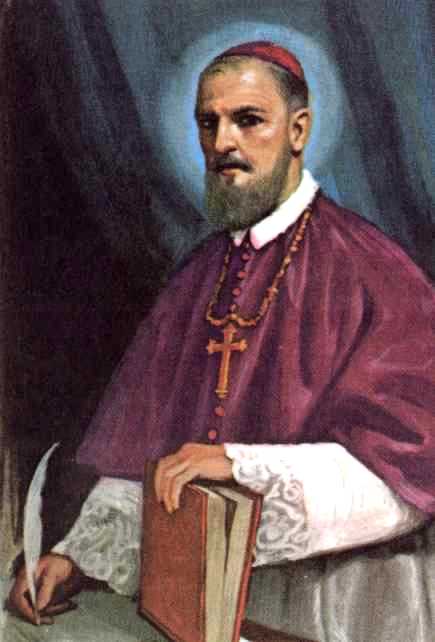 So I’ve decided — finally — to dive head first into the world of blogging. Everyone else seems to be in the pool already, so I figure I might as well test the waters. I have to admit that this blogging thing seems a lot like talking to myself, except for the part where I have to come up intelligent topics and craft ideas into pithy prose We’ll see how that goes.

For now, you should know that I will write about all sorts of things. Sometimes I’ll write about spiritual stuff because that’s a big part of who I am, but expect to see lots of conversations about motherhood, writing, friendship, and whatever else piques my interest. I will warn you up front that I have a special devotion to ranting about certain lifestyle sections of The New York Times, where they love to paint those of us living in upstate New York (known as “out there” in NYT-speak) as a bunch of goobers who wouldn’t know a chèvre from a Chevy.

Now, there’s a reason I decided to launch my blog today: It’s the Feast of St. Francis de Sales, patron saint of journalists. The funny thing is, I never  had any particular affinity for Francis de Sales. Sure,  friends and co-workers would wish me a happy feast day (Did I mention that I work mostly in the Catholic press?), and that would usually cause me to pause and try to figure out what they were talking about. There are a lot of Mary feast days to keep track of, you know. Anyway, about a year ago I “found” St. Francis de Sales — and it had nothing to do with the fact that I landed a book contract on this day one year ago. Really.

Over the past 12 months or so I have been bumping into St. Francis de Sales with alarming regularity. Everywhere I turn, he is there, telling me something that is incredibly appropriate for our modern-day world despite the fact that he lived in the late 1500s to early 1600s. This is a guy with a lot to say to those of us just struggling to keep the faith in a very secular society. We’ll talk more about him down the road, but keep your eye out for him because he is definitely worth getting to know.

In fact, to wrap up today’s premier, let’s end with a wonderful prayer by none other than the man of the hour, St. Francis de Sales:

Do not look forward in fear to the changes of life;

rather, look to them with full hope that as they arise,

God, whose very own you are,

will lead you safely through all things;

and when you cannot stand it,

God will carry you in His arms.

Do not fear what may happen tomorrow;

the same everlasting Father who cares for you today

will take care of you then and every day.

He will either shield you from suffering,

or will give you unfailing strength to bear it.

and put aside all anxious thoughts and imagination.

January 24, 2018 • Life in My 50s, writing
It was 10 years ago today that I decided to launch this blog on the Feast of St. Francis de Sales, patron saint of communicators. Where has the time gone? ...
Read More