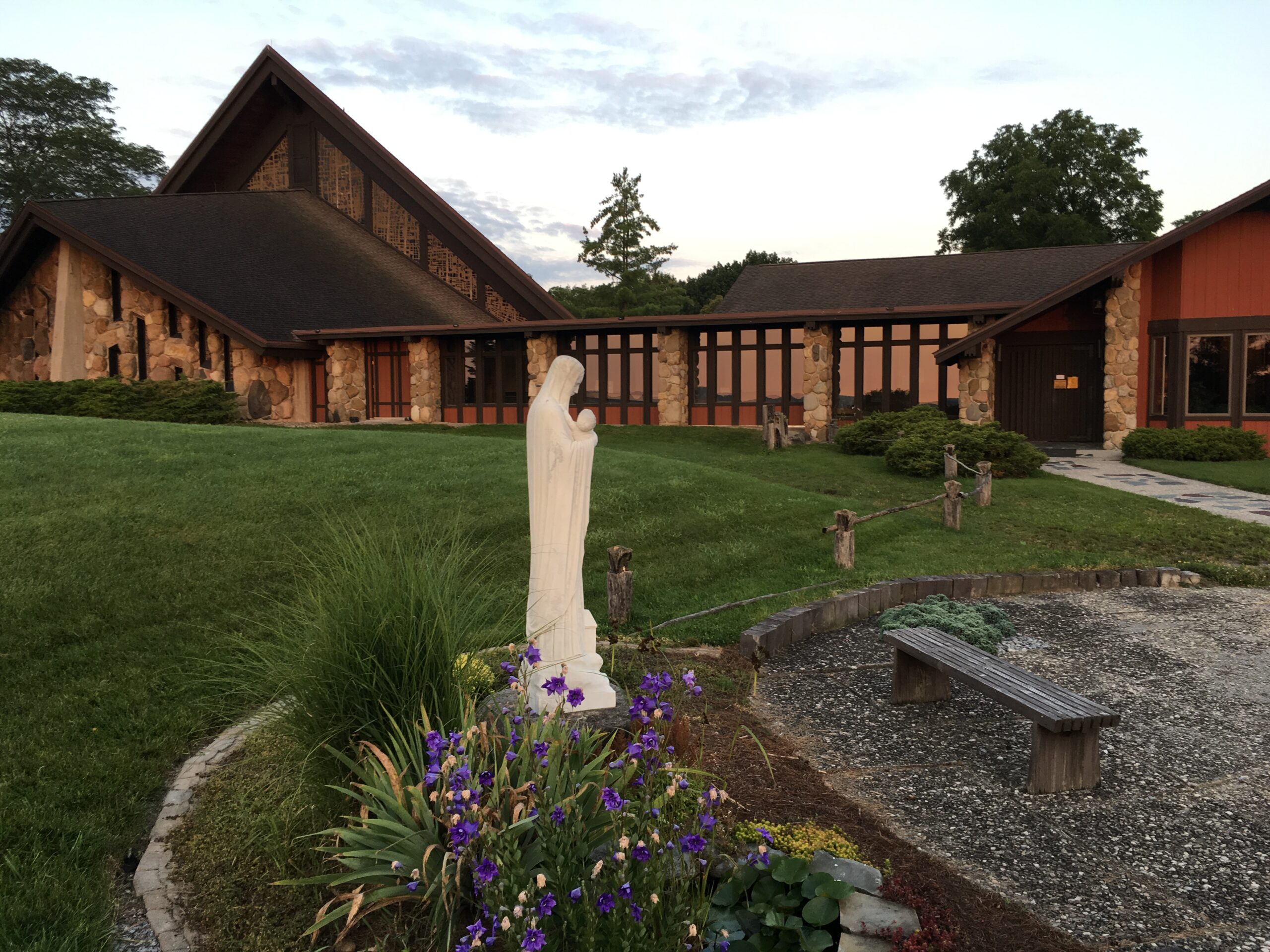 The past few months have been quite a spiritual roller-coaster for me due to an experience in early summer that pushed me past the breaking point. I couldn’t even bring myself to attend Sunday Mass, something completely out of character for me. My family would head off to church, and I would stay behind, feeling cut off, unable to rouse the slightest spark of spiritual connection.

Even this column took a markedly un-spiritual turn for a couple of months. I wrote about art and parenting from my outpost in the desert, hoping that by the time the next column came around something might have shifted. Fortunately, grace is usually at work even as we crouch in the darkness of doubt. I have to believe it was grace—and perhaps a nudge from my husband, Dennis—that made me realize that the only way things were going to shift was if I retreated into solitude and silence to sit face to face with God and myself.

So I emailed the retreat manager at the Abbey of the Genesee, booked my favorite room for the next weekend and made the four-hour drive to the Cistercian abbey just south of Rochester. Before I even checked into the retreat house, I headed to the abbey to sign up for spiritual direction and confession, knowing that I couldn’t fu 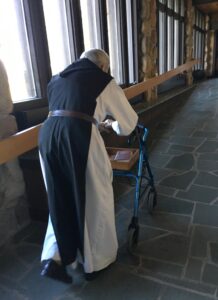 lly participate in the liturgies with my beloved Trappist monks unless I first was absolved. There was an immediate opening, so I wrote my initials on the sign-up sheet and waited for the monk to call me in.

What unfolded over the course of that confession, the next two days and the weeks since is nothing short of miraculous, as far as I’m concerned. I arrived desperate and depressed, crying over the loss of my connection to God, and within 24 hours, I was practically floating down the hillside from the abbey, ready to tackle the difficult spiritual assignment I’d been given and overjoyed to feel not only a spark but a raging fire of God’s presence burning within.

My confessor and spiritual director, who was taught by Thomas Merton and served as spiritual director to Henri Nouwen—two of my all-time spiritual heroes, doled out the hardest penance I’ve ever received, a penance that was the exact spiritual medicine I needed: 30 minutes of “prayer in the presence of God” every single night for six straight weeks. I recognized at once that this penance was a gift. My confessor was trying to create in me a new habit, one that I desperately wanted and needed but was too lazy or too scared to commit to. I imagine that his hope is that the six weeks will turn into a lifelong practice. It’s my hope too.

That confession and conversation, peppered with wonderful stories, and laughter and tears, launched my retreat in the best possible way, leaving me renewed, reconnected and chanting along with the monks for every hour of the Divine Office. Spiritual direction with the same monk set me on a new trajectory, so much so that I’m convinced I was meant to be in that particular place on that particular weekend with that particular monk. It was beyond a blessing. It was transcendent and transforming.

Of course, life back in the real world isn’t nearly so transcendent. As deadlines and responsibilities push back against every spiritual impulse, I find myself thinking, “Maybe I’ll skip my prayer session tonight.” And then I remember that this practice is penance and skipping it is not really an option. Again, I marvel at the wisdom of this old monk who has seen so much and counseled so many. He saw through my act as soon as he laid eyes on me, and zeroed in on what I needed so quickly that I wondered if he could read my mind. He certainly read my soul, and I’m convinced that he probably saved it.

This column originally appeared in the Aug. 31, 2017, issue of Catholic New York.