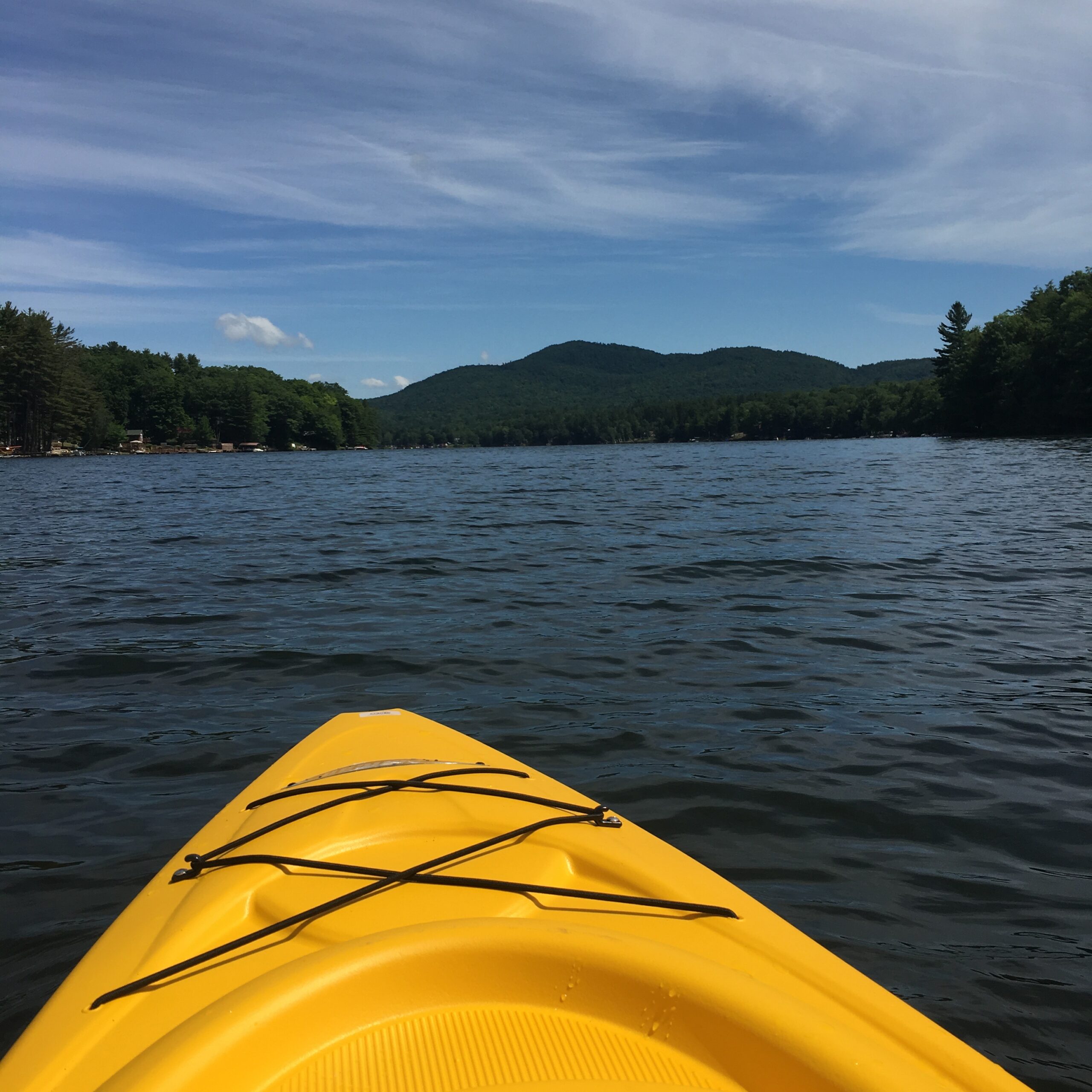 This Life Lines column was originally intended to be my last. It was 15 years ago this month that I wrote my first column for Catholic New York, and this seemed like a nice tidy way to bring things to a close. Plus, as you may recall from last month’s column on humility, I thought I had nothing left to say. Then a few things happened to make me rethink that plan.

The tipping point was a trifecta of positivity that came flooding into my life all at once: more than a few really nice emails from readers of Catholic New York; my return to regular yoga class and at least a bare-bones prayer life; and, the icing on the cake, a five-day lake vacation to Hadlock Pond in the lower Adirondack Mountains.

As I kayaked across the crystal clear water, watching a hawk circle overhead and a heron standing in watchful silence at the end of a dock a few feet away, I suddenly felt myself breathing again. I realized that I’d been holding my breath for close to a year. At least that’s how it felt. Finally, there in the silence and solitude, I felt myself exhale.

I began rhythmically praying with my breath two favorite lines from Scripture – “I am with you always, until the end of time” and “Be still and know that I am God.” As I crossed the lake in a moving meditation, I began to feel the latter quote morphing into a personalized version of that verse: Be still and know that all is God—people, animals, creation. At first it was a silent mantra, but the next thing I knew, I was saying it out loud in time with the movement of my paddle. With each repetition, I felt lighter. From there I found even higher ground, a thought that would not fade: We live in abundance. Always. Not wealth, not success, not power, but abundance. Our God is not a God of scarcity. He is a God of blessings and feasts, too much, excess.

So often we approach life from a place of lack, even if it is imagined lack. We hoard what we have, clinging tight to things we’re afraid to lose, be it a job, our youth, our possessions, even our faith. We worry there won’t be enough of whatever it is we need because we think “enough” comes only when we hit a certain level of success or saintliness. But God gives us more than enough simply for showing up to this party called life. He gives us blessings in abundance, and the thing we tend to forget is that when we stop worrying so much about what we need or what we deserve or what we want, we open up a great big space for abundance to rush in. And without even realizing it, what we need is suddenly right there before us.

St. Therese of Lisieux wrote: “I find just when I need them, certain lights…and it isn’t during my hours of prayer that these are most abundant, but rather, in the midst of my daily occupations.”

Can we begin to see abundance, sense abundance, even when we’re not on the mountaintop, or, in my case, on the lake? In the midst of our daily activities? Even in the dark valleys of struggle and strife?

It’s not easy, but what if, by some slim chance, you could let go, just a bit, and not worry about tomorrow and see the abundance in the right now. There is abundance somewhere, even if you’re in a bad place, even if you’re saddled with worry, even if it’s hidden beneath piles of bills. Stop holding on so tight and see what happens. Loosen when fear tells you to cling. Give when you might be inclined to withhold. Put a dream out into the universe and see what God does with it. And don’t forget to breathe.