Life in My 50s: The Adventure Begins 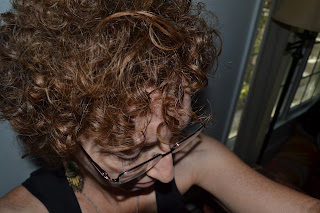 I hit the half-century mark today. I have to admit, this birthday feels different but not for the usual reasons. Dennis wanted to get me a fabulous “milestone” gift — an iPhone, a supercharged juicer for my green juicing, some sort of gizmo or gadget befitting a major birthday event. Much to his chagrin, I kept saying, “No.” Nothing seemed right, or necessary. There is no material thing I want or need, certainly nothing I equate with reaching 50 years old.

I think it’s because this birthday calls for something much harder to grasp and impossible to buy, a new perspective, perhaps, rather than a new phone. In the not-so-distant past, my birthdays were cause for what I called the “Birthday Triduum,” not one but three full days of celebration. If my birthday fell on a Friday or Monday, even better because the Triduum could include an entire weekend. Now I’m not sure I need even one day to mark the event. And it’s not an age thing. I long ago came to terms with the fact that it’s downhill from here in most departments. Maybe it’s the notion of turning point. It seems as though 50 years presents a nice, self-contained package of sorts, something to be archived in the basement. And today I’m unwrapping a new, empty box just waiting to be filled, but with what?

My grandmother, who still lives on her own, will soon mark her 100th birthday. As I have said time and again in recent months, if I’ve inherited her genes and determination and strength, I get to live my entire life over again from start to finish. What would I do with another half-century of living?

I don’t want the rest of my life — however long I get — to be only a time of fading, even though part of me welcomes that idea. (I’m continually threatening to live like a hermit in my basement office, but then I have to lead a Girl Scout meeting or drive one of the girls to dance or speak at a Catholic gathering and that idea goes out the window.) I think whatever comes next should be a time of growing in the important areas of my life, as a spiritual seeker, as a wife and mother, as a human being, and maybe in some of the less serious and more fun areas as well, things I haven’t yet had a chance to try but have always wanted to tackle.

I’ll see how post-50 life begins to develop in the months ahead, and you can come along for the ride. In between, I’ll share bits of half-century wisdom about everything from the ridiculous to the sublime. Okay, mostly the ridiculous since sublime is way above my pay grade. Just watch for posts tagged with the “Life in My 50s” headline.

Now I’m off to blow out some candles. Anyone have a fire extinguisher?

aging, birthday, life, Life in My 50s, true self