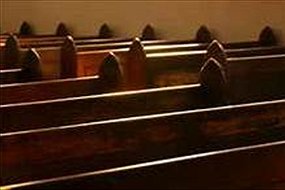 Oh, no I’ve said too much. I haven’t said enough…

I almost walked out of Mass in the middle last night. Seriously. And I was not in my own parish so don’t try to figure out where I was. But it doesn’t really matter where I was because, from what I can tell, what I experienced yesterday is a universal problem, as in Universal Church.

It wasn’t that the priest was preaching heresy, which also isn’t unheard of in my church-going experience, unfortunately, or that any one thing outraged me to the point where I felt I just couldn’t remain. It was the overwhelming, long-building, near-constant feeling that my Church really doesn’t care enough to try to feed me spiritually, that the Church is daring Catholics to leave. As in, let’s see if they’ll sit through THIS. Quite frankly, these parishes don’t deserve any of us.

One of the reasons I cried while reading Pope Francis’ stunning and inspiring interview with America magazine last week was because I have been starving for what he’s calling the Church to be. I have been desperate for a shepherd, for someone who wants to meet me in my darkness and walk with me spiritually, for someone who gets up there and tries to meet people where they are – in the real world, struggling with real problems, in a way that actually has some meaning in their lives. That maybe the music lifts us up instead of leaving us shaking our heads. That something, anything, give off even the faintest whiff of meaningful spirituality.

You get a Gospel like we had this Sunday – “No one can serve two masters…You cannot serve both God and money.” – and you choose to drone on for 20 minutes about temperance and prudence and fortitude and justice in a disjointed, monotone, utterly incomprehensible way? I’m sorry, but you’re going to have to do better than that. I look around and see the blank stares, the fidgeting, the eye-rolling (at least in my pew), and it depresses me. It’s not that people are unwilling to listen or that they don’t want to be there. They’re in the church on a beautiful fall Saturday afternoon or early on a Sunday morning. Obviously they want SOMETHING, but it’s not this. I can assure you.

I walked out of Mass last night and looked at Dennis and said, “I can’t do this anymore.” Meaning, I cannot put up with parishes that do not even attempt to lead spiritually, that do not care what their people need, only, it seems, what might take the least amount of effort, like using an old canned homily (and, yes, we can tell). The path of least resistance. Well, I say it’s about time we start putting up some resistance.

I think every Catholic who is sitting in church week after week wondering, Why? Why? WHY? should not put another thin dime in the collection basket, should not volunteer one more minute of their precious time, should walk out every single time they are insulted by or condescended to or lied to by someone on the altar until something starts to change, until Pope Francis’ challenge begins to take shape before our eyes, not just in beautiful words spoken by a courageous man.

I’m talking about a revolution. But it’s not going to happen unless we care enough to take the dare and get up and walk out until they can do better. It took a while, but I’m ready.

UPDATED: Part II of this conversation can be found here: Words Matter. The Word Matters. Especially at Mass.