Why I’m canceling my subscription to Spirituality & Health magazine. I hope you will too. 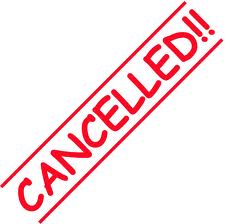 Here’s the Letter to the Editor I fired off to Spirituality & Health this morning. I think it pretty much says it all. (A special thank you to my friend Jeanne G. for inspiring me to speak up on this.)

I recently subscribed to Spirituality & Health. I was so excited to get my first issue (May/June 2013) — until I opened it up to the Rabbi Shapiro piece and was stunned to see wildly inaccurate and incredibly offensive statements regarding my Catholic Christian faith. I was so upset I almost called immediately to cancel my subscription, but I tried to let it go, assuming (hoping) it was an isolated incident. I have to admit, however, that I could not read the rest of the issue because I was so turned off by what I’d seen up to that point.

Then the July/August issue arrived. Well, I’m sure you won’t be surprised to know that I was beyond stunned this time. The anti-Catholic bias wasn’t even hidden, just right out there again and again. (Too many places to list individually, but we can start with “In Good Faith” and “Sacred Sex.”) I would like a refund of my remaining subscription since I purchased this product under false advertising. I thought it was a magazine open to all spirituality and health, intent on bringing people of all faiths — or no faith — together in a positive way. I didn’t realize there was an agenda at work here, one that is actively trying to turn people against the Catholic faith.

I find it so sad and frustrating that a magazine that purports to be all about peace and love and tolerance is so filled with divisiveness and hatred and outright lies. I wear a cross around my neck and mala beads around the wrist. I sit in church on Sundays and do downward dog in yoga class three mornings a week. I love and respect my atheist friends and my Jewish friends and my Muslim friends and my Buddhist friends (you get the idea) just as much as I love and respect my Christian and/or Catholic friends. But that is the heart of Christianity — to love my neighbors as myself and to treat others as I would want to be treated. The editors and writers at your magazine would do well to take a few lessons from the Catholic Christians you denigrate with such regularity.

Please cancel my subscription immediately and refund my money. I would like to put it toward a subscription for a Catholic publication or charity. And I will be asking my family members and friends — and the readers of my blog — who might subscribe to your magazine to cancel their subscriptions as well.

Multitasking is not a virtue: new podcast episode

April 25, 2022 • podcasts
We live in a world where we are expected to do two things at once, or ten things at once. Multitasking is seen as a virtue, something that means we are ...
Read More

December 16, 2021 • Yoga
Regular readers of this blog know that I am not a fan of the standard new year's resolution approach to life. Losing 10 pounds, exercising more often, ...
Read More