Why I live in – and love – the northeast 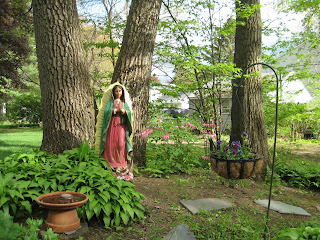 When we decided to move back to New York from Texas 10 years ago, there were a couple of reasons. First, all of the grandparents live in New York and New Jersey, but not far behind was the fact that New York has the beauty of four distinct seasons. In Texas, the seasons are pretty much hot and hotter. But here, just when you think you’re tired of a season (especially a long, cold winter), along comes a new season to fill you with joy and hope and awe.

As much as I loved Austin (and I lived there twice), I loved autumn more. Every September I would miss the crisp northeast air that would blow in one morning and let you know that summer was over and it was time to pick apples and watch the leaves turn into a kind of visual poetry. And then along would come that first snowflake and I’d fall in love all over again.

Now it’s spring, and I find myself staring out my back window every morning, watching the barren limbs turn vibrant green. I actually get a little giddy every time a new bloom appears somewhere in our yard. I know this wave of cool color will eventually give way to the hot and humid tones of summer, sometimes tinged brown by drought. But that will bring with it the big bobbing white heads of the hydrangea, the bats swooping overhead at dusk, and the anticipation that a tart and crispy McIntosh apple is just around the corner.

Here’s some of what awes me in my own backyard this week:

The bleeding heart I rescued from a high-traffic area at the edge of my yard when it was just a single branch with one bloom. Now look at it. Pretty obvious why it’s called a bleeding heart when you see it up close, no? 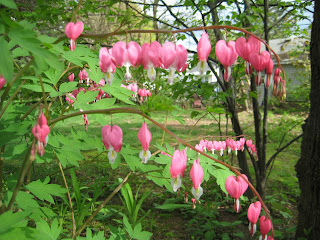 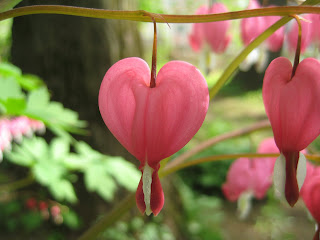 Lilacs. One of my favorites. This is the first year we’ve had a lot of blooms, at least on one shrub. Maybe next year one of the other three will join in. 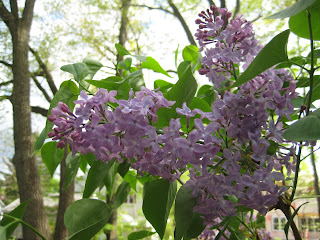 Vinca. A groundcover really, but such a pretty one. And it can survive in the shade, which is why it grows wild in my yard, which was at one time pretty much all deep shade. Not so much now that they’ve clear cut the three lots around us. 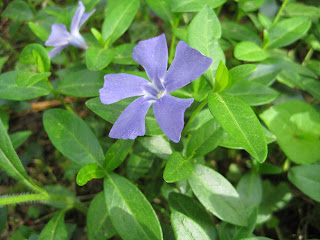 A potted begonia and a basket of pansies, which I had to include because Chiara took these photos. Not bad, eh? 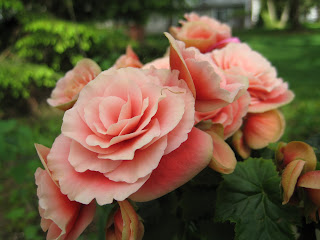 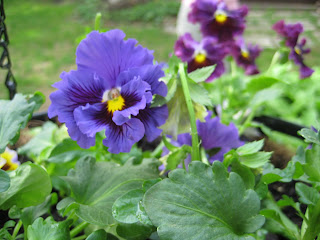 And, of course, at the top of this post is a long view of my raised bed. This is what Our Lady of Guadalupe looks like when she’s not serving as a snow-measuring device, as was the case in THIS POST. I bet she was glad to see a change of seasons this year.

The journey is the goal

June 5, 2021 • Life Lines
Last week I was working out in a corner of our backyard where I decided to create a meditation garden. The area, which had once been home to a swing set, had ...
Read More