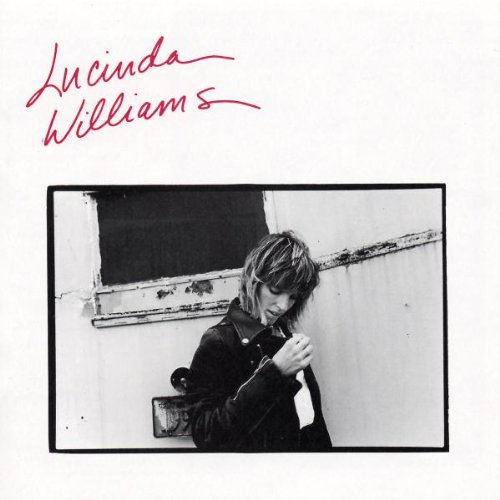 When I moved to Austin, Texas, the first time… (I actually moved there twice, first in 1988 and again in 1995. Almost moved there a third time. It’s that kind of city.) Anyway, when I moved to Austin, Texas, in 1988, I took only what could fit in my un-airconditioned Chevy Chevette, which wasn’t much. Some clothes, a typewriter (Yes, a typewriter, not a computer!), a rotary dial phone (goodness I’m old), my favorite books and some pots and pans. Left behind were both of my beloved guitars (the beat up $3 find my grandfather bought at a garage sale and the shiny 12-string I used to play in the folk group at the 9:30 a.m. Mass at St. Aedan’s in Pearl River.) I simply couldn’t fit them in the car, and I guess on some level I figured I was starting a new life and maybe my guitar-playing wasn’t going to figure into it.

My first apartment in South Austin had little more than a futon, a borrowed kitchen table, and a borrowed turntable sitting on a milk crate, but I loved it. And one of the first purchases I made was a new album that was big news in Austin at the time, Lucinda Williams’ self-titled album. One listen and I was hooked, blown away, obsessed. I still didn’t have a full-time job at that point (eventually I went to work for the Austin American-Statesman), but I knew I had to have a guitar. 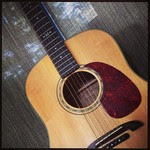 So I headed up to Guitar Resurrection on The Drag and plunked down too much cash for a beautiful Alvarez guitar and case, which you can see right here. Not only did I start playing songs again — Lucinda songs, this time — I started writing songs again.

And that was the beginning of my beautiful love affair with Lucinda, who is not just a singer-songerwriter but a poet, which makes sense given that her dad is a poet. (He read a poem at President Clinton’s 1997 inauguration.) And she sings her songs like a poet, with roughness and rawness and feeling, which is why I love Lucinda’s original version of Passionate Kisses and have no patience for the smoothed out, more upbeat version that Mary Chapin-Carpenter turned into a hit.

Lucinda was a fixture at our home in Austin, so much so that when Noah was only about 3 years old, he asked for his own copy of the Car Wheels on a Gravel Road CD so he didn’t need to borrow our copy. I think that was the same year he asked for a guitar and sleeping bag. Lucinda does that to people, brings out the poet and seeker in all of us.

I’ve had the good fortune of seeing Lucinda perform live many times, but my favorites have to be Austin City Limits (when I lived in Austin the first time), Cactus Cafe at UT (such a small venue that you can’t help but be right on top of the stage), Town Hall in Manhattan (when Dennis and I had just started dating) and a singer-songwriter session at the Bottom Line (which Dennis and I happened upon by accident and bought tickets on the spot even though it was a work night and we lived in the Bronx, oh to be young). But I haven’t seen her since 1996, when Dennis and I saw her at a club in Austin. I can’t even remember the name of that place, which wasn’t much more than a hole in the wall (And, no, it was not THE Hole in the Wall, although I’ve seen lots of other great music there.) All I remember is that Lucinda came on more than two hours late and, of course, it was worth the wait.

But tonight, TONIGHT I get to make up for the long Lucinda dry spell. Dennis and I will be seeing her perform at The Egg. I cannot wait.

Here’s a little Lucinda music to start your day. One of my favorite songs, “Side of the Road,” from the Austin City Limits show I was at back in 1989. (I actually performed this one at the Perfect Blend in Delmar one fine day when there was an open mic session and I grabbed some guy’s guitar, with his permission, of course.)