Holy Saturday: Waiting in the shadows 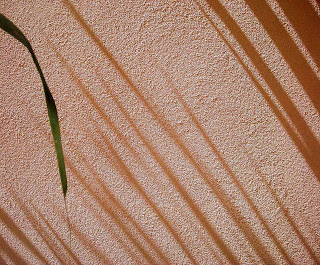 I’ve been awake since 4:30 a.m., which seems appropriate somehow on this day of watching and waiting. The rain is coming down. The sun has not made an appearance. It is as if the world is weeping and holding its breath all at once, waiting for an answer.

At this point in the season, past the Lenten promises — too many of them unfulfilled — to fast and pray and serve, I always identify with Peter, locked away, afraid, ashamed, alone. Every year I want Lent to be “perfect.” I want to make Good Friday better than perfect. I want to do justice to the day, as if that’s even possible. And, as if on cue, every year I fail miserably. Good Friday always ends up being the exact opposite of what I had hoped for. Of course, that’s nobody’s fault but my own.

Then I remember Peter, and I can’t help but be comforted. He doubted, denied, ran away, and yet Jesus saw fit to call him the “rock,” the one who would go on to lead his church, or, at that point, his band of disciples. Maybe, just maybe then, Jesus sees some shred of worth beneath my many failings, behind my own doubts and fears.

This Lent certainly did not turn out the way I imagined it would. My plans to set aside certain times for silence and prayer were waylaid by sick children and my own bout with a brief illness. For weeks on end, we seemed to have one virus after another at our house, keeping us down — both physically and spiritually. Rather than hang on for dear life to what I wanted, however, I began to realize that perhaps my “sacrifice” for the season was to let go of my plans, even the plans to pray more, and accept what was right there in front of me — my children in need of a mom to read to them, comfort them, make them snacks, or just snuggle on the couch in the middle of the afternoon. In some ways, my Lenten plans were far more selfish than the Lenten reality I was handed. I wanted to lock myself away in silence. Instead I had to give up my quiet time and make time for someone else, and isn’t that what I should have been doing in the first place?

So today, as I sip coffee in the silence of early morning, while everyone else is sleeping, I’m focusing on the fact that things often are not as they appear — as the earliest disciples learned after what at first seemed like defeat on the cross. My Lent wasn’t really a failure; it was simply different than what I wanted it to be initially. Perhaps then, my Good Friday wasn’t a failure either. Perhaps it was simply another — albeit bumpier — path to the same Truth.

On this Holy Saturday, I am waiting in shadows of my own making, like Peter, longing to be set free.