Embracing life, with death in sight 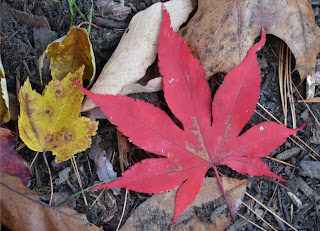 My latest ‘Life Lines’ column, which is running in the current issue of Catholic New York.

Some people know how to live, even as they’re dying. I have a friend who is just that kind of person, and I am continually awed by her strength, her faith, and her grace as she journeys through each day knowing full well that what’s left of her life on this earth is coming to an end. Quickly.

When I saw Maureen this week, she told me the last thing on her Bucket List – now that she’s checked off a trip to the Cape with her husband– is to live long enough to see her newborn twin grandchildren when they visit in December. “I think I can make it,” she told me, and I believe her.

It was not that long ago that I sat in her living room and she told me her daughter-in-law was pregnant but she didn’t know if she’d be alive for the birth in September. Now September has come and gone and she has her sights set on a new goal, all the while managing her life and her pain from home, thanks to Hospice care and a devoted husband.

Maureen has been battling ovarian cancer for years. Long before she became ill, however, I saw her as an inspiration and a role model. Hers is a peaceful, prayerful presence. She’s quick with a smile and an offer to help in whatever way she can. Cancer has only increased those wonderful qualities, it seems.

When someone needs prayers, I email Maureen. I know without question she will remember my friends and loved ones in prayer, even as I often forget. Just this past week, she asked me about a little girl I had asked her to add to her prayer list. To be honest, I haven’t remembered that little girl in prayer in quite some time, but Maureen prays for her every morning, along with a laundry list of other people and problems I’ve asked her to remember. I have come to believe that her prayers – coming from a place of such deep faith amid such incredible suffering – are especially powerful.

Although she no longer receives any treatment, she mentioned that when she did have to sit through those difficult appointments, she’d pray for all those people who had much worse things to bear. And I found myself wondering, even as she spoke to me, who could have much worse things to bear than a woman dying of cancer before her time? But Maureen doesn’t seem to see it that way. As I sit with her, spinning tales of my kids’ latest escapades or my own spiritual struggles, I get the sense that I am in the presence of someone who is at an advanced and somewhat rare spot on the spiritual journey.

So often it’s not until someone is gone that we realize the impact they’ve had on our lives. I feel blessed to recognize right now the impact Maureen is having, and will continue to have, on my life even after she’s gone. Her example of courage and determination and faith will not fade, nor will her peaceful acceptance – when it was clear there were no more treatment options — of what life had handed her.

None of us know the day or the hour. Logically I realize I could die before Maureen, but I still can’t seem to wrap my brain – or my everyday attitude – around that reality. Life doesn’t always go according to plan, at least not according to our plan. Life goes according to His plan, and we can either embrace the journey or be dragged along kicking and screaming. Too often I choose the latter, but Maureen is teaching me another way, the only Way.

Life isn’t always pretty or easy, and sometimes the lessons are learned the hard way. We can either stay stuck in regret or move forward with grace. Choose grace.