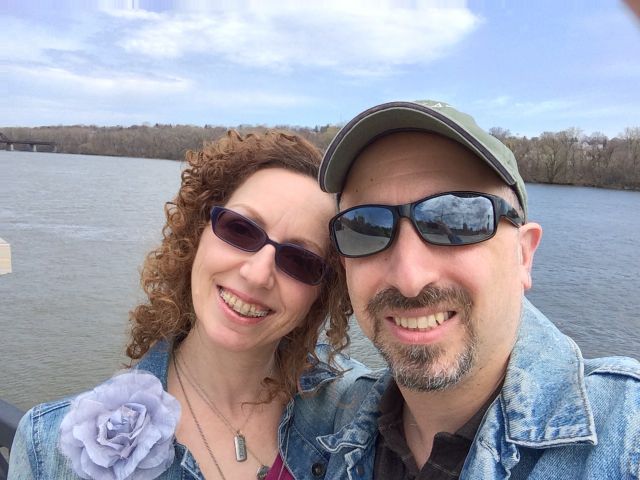 For the past few years, whenever we would go to Sunday Mass at Historic St. Mary’s in downtown Albany  (The church is a destination in itself, if you’ve never been there.), we’d drive past The City Beer Hall on the way home and say, “We have to try that some day.” Something about the 1903 building with the “Beer Hall” in lights on the roof spoke to us. It looked like it just had to be good. But, as with many things we say we’d like to do, we never got around to it. Until yesterday. Dennis and I spent Easter Monday downtown — first with a walk along the Hudson in the Corning Preserve and later with a walk over the highway, into Albany and onward to the Beer Hall.

It was quiet when we arrived, which wasn’t surprising since it was 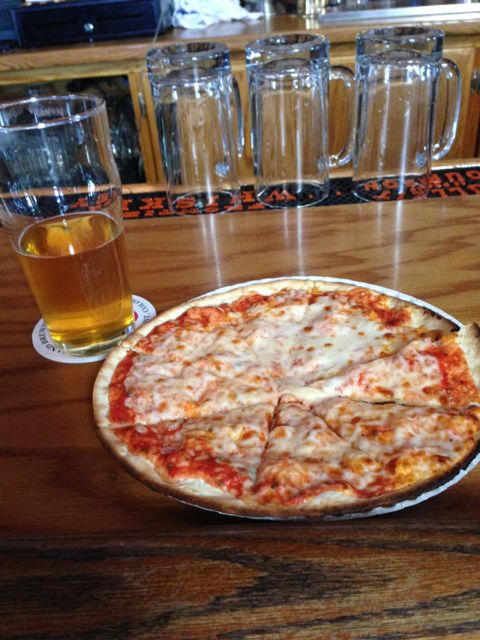 mid-afternoon, well past lunch and way too early for happy hour. We sat at the bar, and our knowledgeable and friendly bartender Steve guided us through the extensive craft beer menu. Most of the beers are brewed in the region, with a few from some far-flung places, and the menu changes daily. On top of being really good, the beer is really cheap and every pint comes with a free personal pizza. Not kidding. Dennis and I weren’t planning on eating lunch, but how do you pass up free pizza? Best part is that you take your free pizza ticket directly to the kitchen and hand it to the cook. Then you go back later and pick up your own pizza. Very cool. The pizza was super thin and crisp — reminded me of pizza I’d had in Rome — and delicious. But I digress. Back to the beer.

I opted for a pint of Schenectady-brewed Mad Jack 2025 Hefeweizen, yummy wheat beer. Dennis went for the Deleware-brewed Dogfish Head 90 Minute IPA, one of the few made outside New York. I later opted for a half-pint of Chatham Brewing Maple Amber Ale because I couldn’t pass up beer made with local maple syrup. Delicious, and Steve the Bartender bought me that one on the house. What a deal. We plan to go back again and try the flight of beers — four five-ounce samples for $8. When I do that, I am definitely going to try one of the cappuccino stouts or some other super dark dessert beer.

Other highlights: Upstairs is a mechanical bull, which 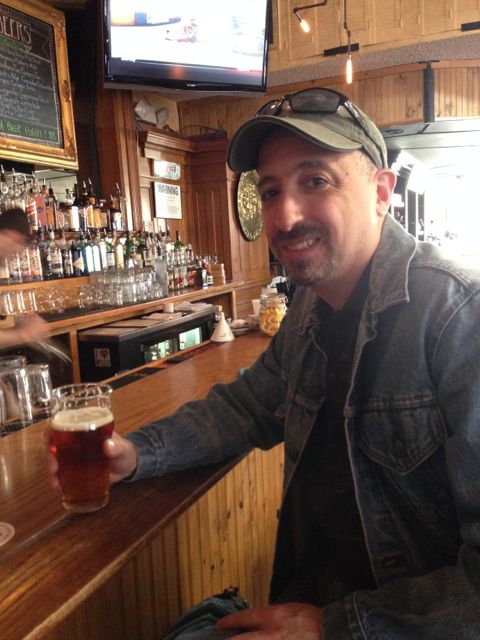 apparently draws quite a crowd on rodeo night. Monday night is vinyl night. You bring the records; they’ll spin ’em. There is also an extensive pub menu, and from what we could see as food went by, it looked delicious and plentiful. Outside is a huge patio, and downstairs in the basement is a speakeasy (separate entrance with a doorbell). Steve highly recommended the speakeasy, which he described as high-end “mixology” in a really intimate setting. It’s now on our local bucket list, and we have made a commitment recently to get to our list sooner rather than later. I’ll be back to tell you about that as soon as we make it happen.

So if you’re in Albany and want some great craft beers in an equally great setting, hit The City Beer Hall, 42 Howard Street. Maybe we’ll see you there.