Looking for truth at the bottom of the abyss 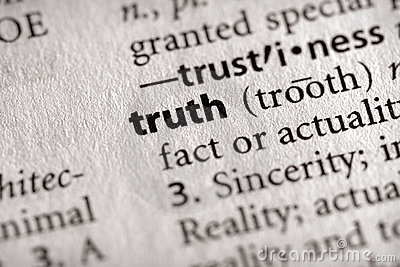 I didn’t want to go Mass this weekend. In the spirit of full disclosure, I did not go to Mass last weekend. I could not. The current scandal and apparent cover-up in our Church had left me numb, spiritually paralyzed. Actually, it had left me professionally numb as well, given the fact that I have devoted most of the past 34 years of my professional life working on behalf of the Church. There was no way I could sit and stand and kneel and sing, worshipping as though life as we knew it could go on as usual.

But, by the next day, I was feeling cut off from the Source, and so I made my way over to the other side of my diocesan office building for midday Mass, forgetting that there would be no Mass that day. I sat in a corner, quietly praying before the tabernacle and feeling the most peace I’d felt in weeks. Marie, the woman who prepares and plans our daily workplace Masses, came in to post a note reminding people that Mass had been canceled. When she spotted me in the corner, she noted that I could read from the lectionary, which was opened to the day’s readings. And so, on my way out, I stopped to read the first reading from the Prophet Ezekiel, and I stood there in stunned silence as I listened to Spirit speak, and, let me just say, Spirit wasn’t playing around:

Week after week, through the “coincidence” of our lectionary cycle, the readings have been hauntingly on target in terms of the situation facing our Church, and many of us have been grateful, because we needed to hear something that addressed the madness, the sadness, the anger, the confusion that we all feel as the news stories unravel and untruths, half-truths and hidden truths pour out. We want to talk about this, at least I do, as do most of the people I engage on this issue. The elephant in the room cannot be ignored or swept under the rug anymore. It is here, and we want our priests and pastors to help us deal with it head on.

That doesn’t mean every homily has to be about abuse, but we are hurting, struggling, verging on not coming to Mass, and so, yes, we need more than spiritual platitudes, canned homilies or, even worse, homilies that pretend we are not peering over the edge of the abyss that is looming in front of us.

We want our priests to share their struggles: What does it feel like for you to hear these reports? How do you cope? Why do you stay? Why should we stay? Share with us, even if it’s uncomfortable. Your honesty and vulnerability at this moment could be the only thing keeping us in that pew when everything else is telling us to run.

I knew just how deeply this crisis had hit when I ran into a woman known for her complete devotion to the Church. She talked about how bad the news has been of late, and trying to convince myself as much as her, I said, “We need to pray.” And she responded, “Do you think that even works?” At that moment, seemingly so random, I stood face to face with the devastation of this latest scandal.

The people are struggling, questioning, holding on for dear life. They need to be listened to, but, even more, they need to be spoken to honestly, like equals, like people who have a stake in this Church. Because we are and we do.

This column originally appeared in the Sept. 12, 2018, issue of Catholic New York.