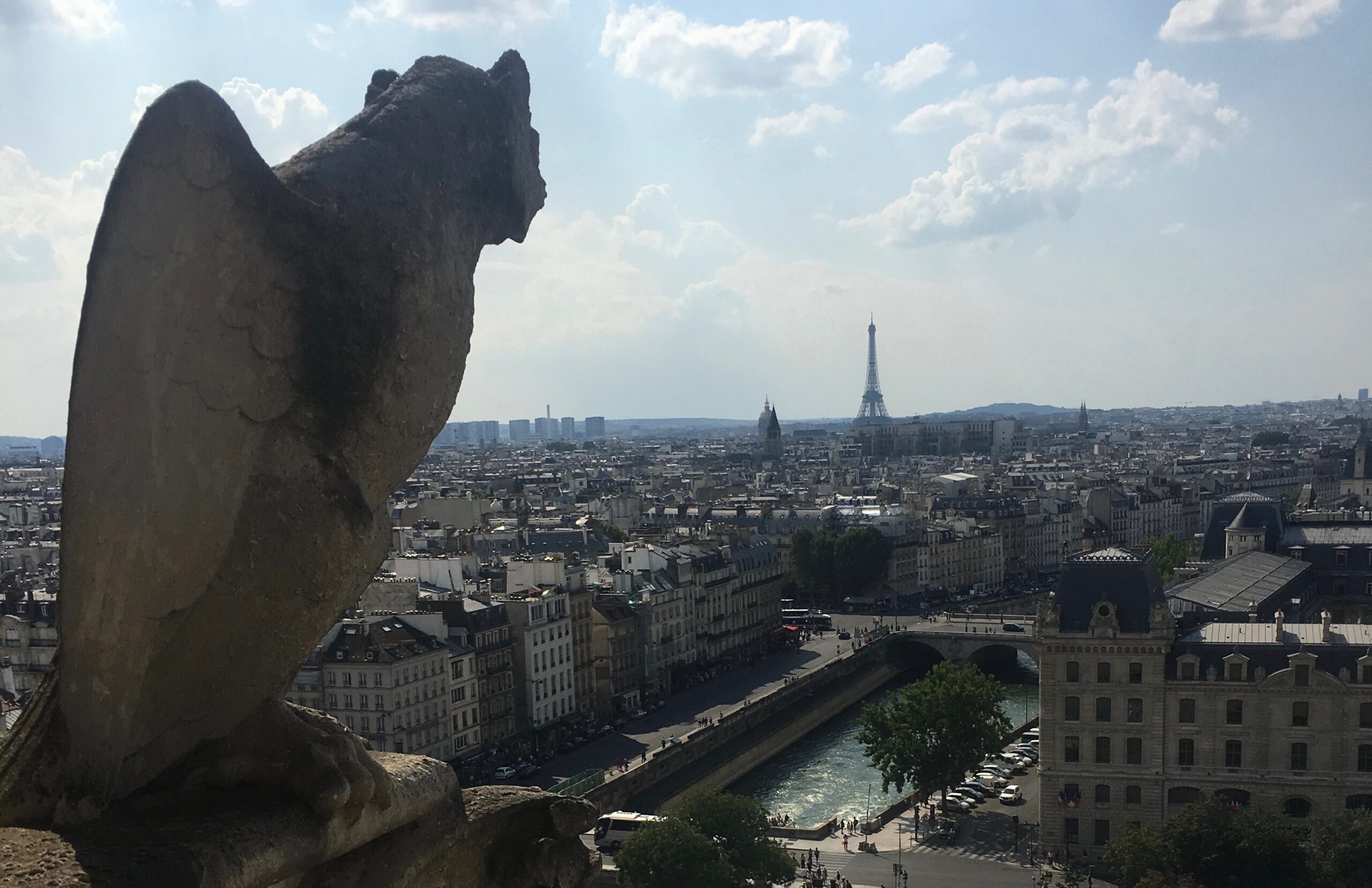 I was lucky enough to visit the Cathedral of Notre Dame in Paris about one year ago, when I went to the City of Lights with my daughter, Olivia, on a mother-daughter trip. We stood in the highest towers and looked at the city fanning out below us. We listened as people below erupted in a chorus of cheers when France scored its first goal in the World Cup. We stood beside the great bell and behind the hulking gargoyles. It was a dream come true. Then we watched in horror April 15 when the gorgeous cathedral burned out of control.

Not long after, the great debate began. As rich patrons and everyday people alike stepped forward to promise funds to restore the cathedral, others wondered why the money couldn’t be better spent—on the hungry people in Paris, on the Yellow Vest protesters, on climate change efforts. At my own kitchen table, my youngest told me that her friends were saying that the money promised to rebuild Notre Dame should be used instead to feed the poor. A teachable moment if ever there was one, not just for Chiara but, perhaps, for all of us.

The world needs beauty. Art and architecture, music and literature—all of it is necessary, because these are the things that move the rest of us to greatness. It’s easy to get weighed down by the stresses and obligations of everyday life, but when we catch a glimpse of sun filtering through a rose window or hear the notes of a perfectly composed symphony or read prose that transports us to another world, we believe we are capable of more than we imagined, and we strive to reach for it.

It is our challenge and our calling to serve the poor in our midst, but helping others and promoting beauty should never be an either-or proposition. Think back to the Scripture scene in which Mary of Bethany anoints Jesus’ feet with expensive perfume and dries them with her hair. Judas Iscariot responds: “Why was not this perfume sold? It could have brought three hundred silver pieces and the money have been given to the poor.” (Jn 12:5) Was Judas really worried about the poor in that moment, or was Judas more annoyed with what Mary chose to do with her extravagance?

Dorothy Day was once given a diamond ring by a wealthy donor at the Catholic Worker House in New York City. She slipped the ring into her pocket, the story goes. Later a mentally ill woman came into the house and started bothering others who were being served there.

Describing the scene in a 1997 article in U.S. Catholic, Jim Forest writes: “Dorothy took the diamond ring out of her pocket and gave it to this lady. Someone on the staff said to Dorothy, ‘Wouldn’t it have been better if we took the ring to the diamond exchange, sold it and paid that woman’s rent for a year?’ Dorothy replied that the woman had her dignity and could do what she liked with the ring. She could sell it for rent money or take a trip to the Bahamas. Or she could enjoy wearing a diamond ring on her hand like the woman who gave it away. ‘Do you suppose,’ Dorothy asked, ‘that God created diamonds only for the rich?’”

The beauty of our Catholic faith is that it is never either-or; it is always both-and. We can find God in a soaring French cathedral and in the face of the poor person huddled in its shadow. The stained glass and statues don’t make us less compassionate; those things help burn through the armor of practicality we put on every day and warm our hearts and inspire our spirits.

An an often-quoted line penned by Russian novelist Fyodor Dostoevsky in the 19th century is just as true today as it was then: “Beauty will save the world.”