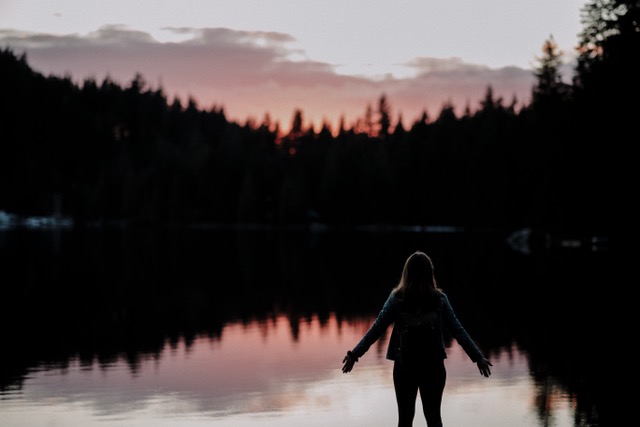 A reader asked me to repost this column from close to 10 years ago. After some searching of paper and digital files, I realized it has never been posted on this site. I’m guessing there may be more in this category, so I will begin the process of making sure all of my Life Lines columns are here before Catholic New York closes up shop and my archive disappears. Here’s the requested column on surrender:

For the past few years I’ve had a practice of choosing a word as a theme or touchstone for the months ahead, or, more accurately, allowing my word to choose me. Last year it was “listen.” Back then I was having a hard time imagining I’d find even one word to define the coming months. This year, however, I’ve found not just one but a whole series of words that have taken up residence in my heart and soul. It started a few months back and has been picking up steam.

I had been doing some centering prayer one day and decided to focus on the word “truth” whenever I felt my mind starting to wander. It came naturally. I was searching for truth in my own life, truth in my spiritual life, truth in general. Then a few days later, when I sat down in quiet prayer again, I noticed about halfway through that I wasn’t coming back to the word truth, as I was “supposed” to but was instead hearing the word “trust” in my heart.

At first I thought I should change back to truth, but it seemed that if “trust” was coming up of its own volition, I needed to pay attention. I have issues with trust. Not with trusting other people, but with trusting God. I spend a lot of time in fear—fear of things that could happen to my children, fear of what might happen to me or Dennis, fear of financial stuff, health stuff, professional stuff, every kind of “stuff” you can imagine. And I expend lots of energy on fear, too much energy. So the idea that my heart would choose to give me the word “trust” was really a no-brainer.

For a while “trust” seemed to be a keeper, the word that would see me through the days ahead, something I could turn toward whenever I felt myself falling into that place of doubt and fear. Then suddenly, just when I was getting comfortable with my word, I found myself being pushed beyond trust toward something scarier: surrender. I was internally shaking my head “no” at this prospect, but there it was at every turn.

So this year I’m allowing myself three words: truth, trust, surrender. I’m already finding it to be a challenge of epic proportions as I receive emails from people who need prayers for children who’ve been run over, burned, abused, and more, as I read stories of families devastated by losses of every kind and often the worst kind, as I recognize that “there but for the grace of God…” Fear would really like to declare itself champion and take over as reigning word.

I wish I could go back to last year’s word. Listening seems so much easier than surrendering, but this is where I am and, obviously, where I need to be. When I’m on my yoga mat, I see it played out in physical ways—I want to resist certain movements or avoid things I know I’m not good at or things that will stretch me in ways I don’t like. It gives me a clear picture of what needs to happen internally, where I’m putting up just as much resistance to the spiritual and mental stuff that stretches me in uncomfortable ways.

I feel like I’m facing an uphill battle with this word, this idea, but surrender can’t be a battle. It has to be a letting go, like falling backwards and knowing instinctively that Someone will catch me. “In my weakness, I am made strong.” Am I willing to let that become my mantra, my prayer?

This column originally appeared in the Feb. 7, 2013, issue of Catholic New York.