Remembering the Sisters who guided me on my path 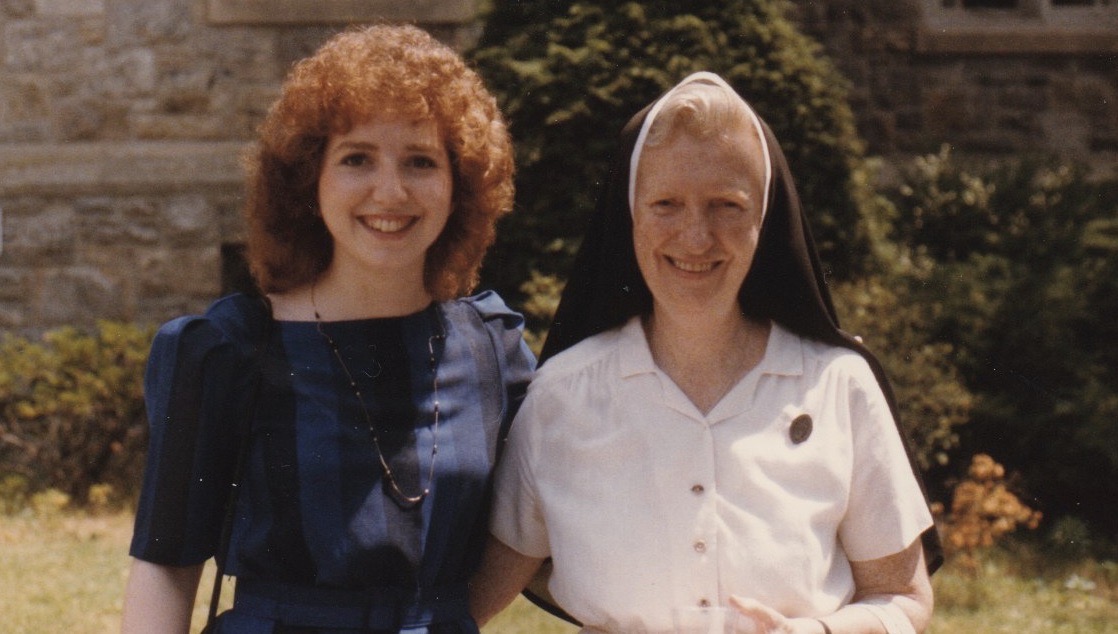 The editor of the Albany diocesan newspaper came into my office recently and asked if I wanted to share a memory of an experience with a religious sister for National Catholic Sisters Week in March. My knee-jerk reaction was, “I don’t have any memories of religious sisters.” Not having gone to Catholic school, religious sisters were not part of my childhood. But then my mind jumped forward a few years and I said, “Wait. I do have a story.”

Back when I was graduating from high school and unsure of what I wanted to do with my life, I wavered on everything, from what my college major might be to whether I should even begin college without a plan. Pace University’s small campus in White Plains was my potential destination, and a priest I knew, the late Msgr. Joseph Penna, asked me to sit down with the freshman advisor, who happened to be a friend of his and a nun, before I made any decision to hold off college. I did, and Sister Alma McManus, R.D.C., gave me the figurative shove I needed to put the fear of the unknown aside and dive into my next chapter. She would be the first of two religious sisters at Pace who would help steer the course of my future.

Pace’s White Plains campus, which then housed undergraduate programs as well as the law school, was the former Good Counsel College, and the Sisters of Divine Compassion, whose convent was next door, continued to teach there. Sister Alma was my psychology professor for two semesters running, and Sister Teresa Brady, R.D.C., was my freshman English professor and the woman who would give direction to my striving. Sister Teresa, a tough taskmaster with a gentle voice who still wore a habit, taught old-school writing, complete with sentence diagrams. One day well into freshman year, she pulled me aside and asked if I’d ever considered being a writer. No, I hadn’t. In fact, I didn’t even think that was an option, so stuck was I in the mentality that women were mostly teachers or nurses or secretaries.

It was not long after that I declared as an English major with a concentration in writing, and Sister Teresa went on to play a pivotal role in my college career, cajoling me into the English honor society, convincing me to get on a plane for the first time and head to San Antonio, Texas, to present a paper on D.H. Lawrence, and teaching me hours of seminar courses in Shakespeare, Irish lit, Russian lit and so much more.

On my graduation day, Sister Teresa gave me a small, silver Celtic cross, but the greatest gift she gave me, along with Sister Alma, was the ability to think beyond the narrow path I’d been on and to see the wide vista of options in front of me. She helped me see that the thing I loved to do most could also be the thing I chose to do for a living. I always say that if I had to name one gift God gave me, it would be my ability to write and my love of the craft. But that gift would have remained buried had Sister Teresa not spotted it sticking out from the layers of expectations I’d piled on top of it, sifted it to the surface and placed it directly in my path.

Sister Teresa died in 2002. It makes me sad that I never got to tell her how much I appreciated everything she did for me all those years ago, but I hope she spotted my writing in Catholic New York over the years and knew she’d left her mark on me in the best possible way.

This column originally appeared in the March 11, 2021, issue of Catholic New York.