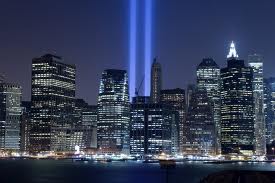 Yesterday a friend asked people if we could remember where we were at that horrible moment 12 years ago today. I was putting laundry away in the top drawer of my bedroom dresser when the phone rang. My father-in-law called to tell me to turn on the television. It feels like it was just yesterday, and it feels like a lifetime ago, but that morning is etched on my heart, as it is for most of us. Here’s the Life Lines column I wrote 12 years ago, in the days following 9/11. So much has changed since that horrible morning, and yet, for me, this column still resonates with things that feel very much in tune with our world today. Here’s wishing all of you, all of us a future of peace — peace in our hearts, peace in our homes, peace on our planet.