Making others in our own image 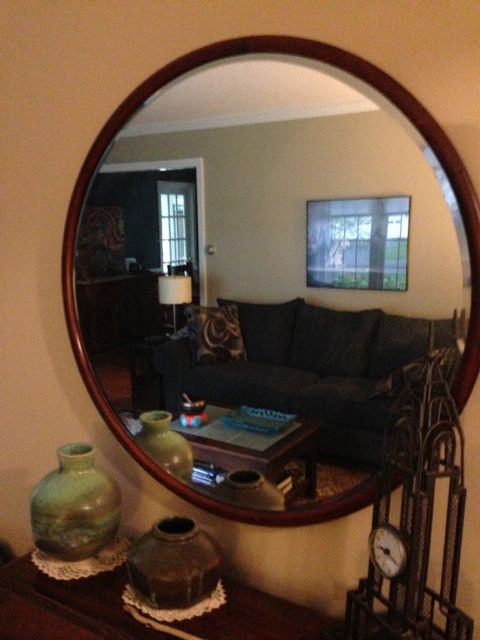 Someone saw a photo of me with my son, Noah, on Facebook recently and told me that he could tell from the subtlest look on my face that I was annoyed with my teenager. I knew without question that I wasn’t mad when that photo was taken. In fact, I was in a great mood that day, but I guess the camera captured me at the exact wrong moment, when something made my expression look less than happy.

Instead of explaining all that, I laughed and lied, and said, “Yeah, I was probably telling Noah to smile for the photo under my breath.” And inside I felt sadness knowing that making myself complicit in this misconception was easier than disagreeing. If I had told the simple truth, I’d have been seen as defensive or in denial because that answer doesn’t fit the preconceived view of who I am. And all of that got me thinking about the ways we cast each other into narrow roles, tightly defined by ideas we assign to people that often have nothing to do with that person’s truth and everything to do with our own perception of the world around us.

Like an observer watching my own life play out on a stage, I have become acutely aware lately of the ways people often see me through a lens of their own design, a magnification that doesn’t really have all that much to do with who I really am. People think they know me, but I hardly know me. We are all such complicated and mysterious beings on a journey that never moves in a straight line, rarely meets people’s expectations, and always manages to surprise. So how could any of us think for one minute that we truly know anyone?

And then I started to wonder how often I might do the same thing, thinking I know a certain look, a sure thing. These days I’ve come to realize the only thing I know for sure in this life is that I don’t really know much at all – not about myself, not about my family members, not about my friends, and certainly not about people on the periphery of my life. What I think I know of them is really just something I’ve cobbled together from limited interactions, from the distant past or from just yesterday, from a particular habit or belief, or from a moment frozen in time that can’t begin to give me the big picture view.

We limit ourselves and we limit each other when we don’t consider the possibility that someone we think we know could, in fact, be very different from what we imagine, could have so many facets and interesting twists and turns to them, little interior alleyways we’ve never bothered to travel or even notice on the map. All we see is the one-way main street down the middle and we think we know the whole town.

In some ways, the same could be said about our relationship with God. The way we view God is often colored by the way we view ourselves and our world. We make God into our own image rather than understanding it works the other way around. And in doing so, we create a God who can’t possibly measure up to the magnificence that is ours for the asking.

What would happen if we went through this life with childlike wonder and curiosity, expecting the unexpected, believing the impossible, and taking every person we meet at face value? What if we started from a place of not knowing anything, of understanding that we probably can’t begin to imagine what’s going on inside another person’s heart, head and soul, no matter how well we think we know him.

We just might find a whole other side of the story, joys and hopes and sorrows and dreams that live deep within, where the camera lens can’t reach.