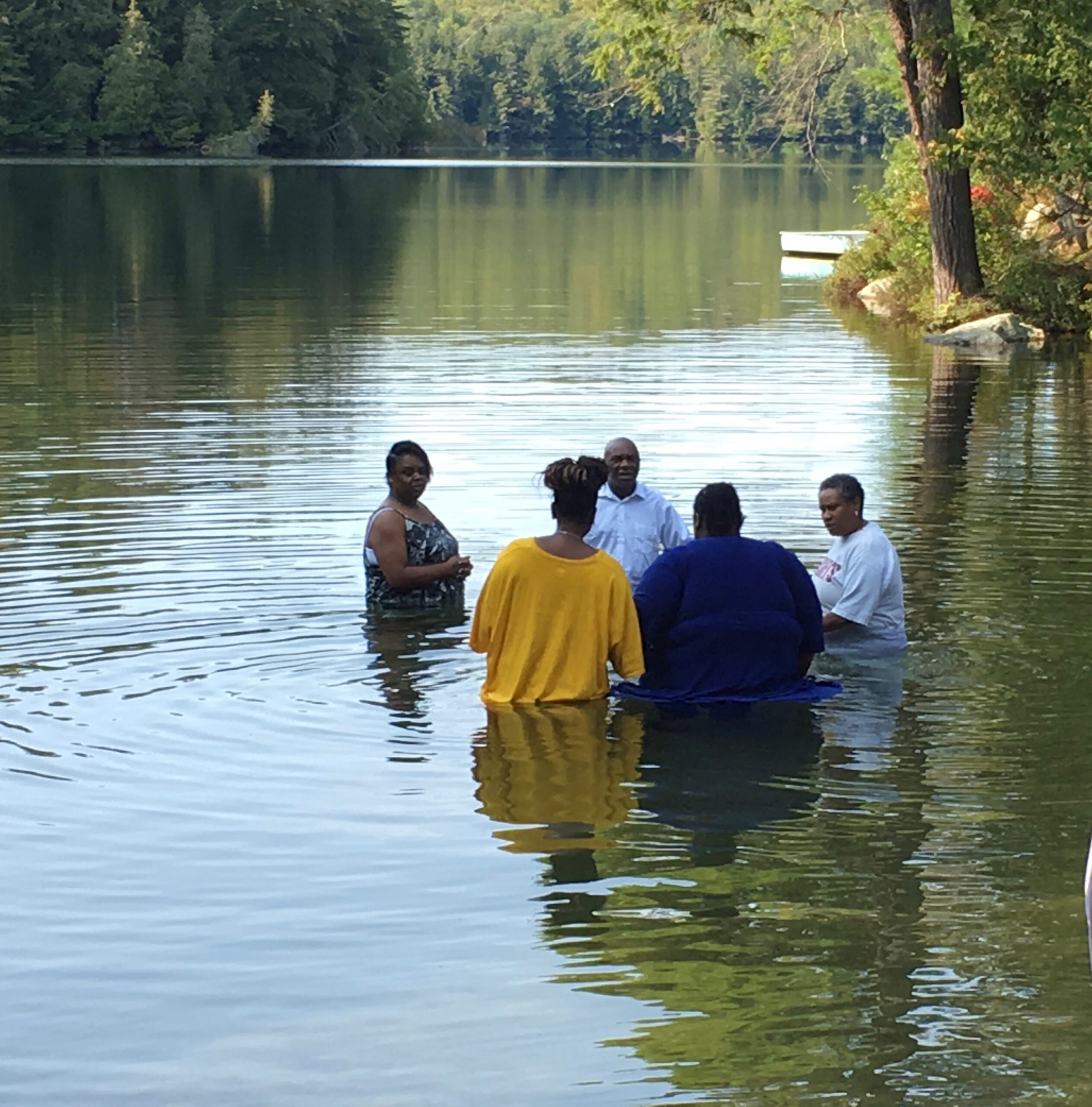 I was recently sitting in a log-cabin chapel on a beautiful lake in the lower Adirondack Mountains when the woman next to me offered a prayer intention during Mass: “For all those in the process of dying.” Although I had a dear friend who would die that very night and for whom we had been praying throughout the weekend retreat, I heard those words not only in relation to my dying friend but in relation to myself and to all those around me, because we are all in the process of dying.

Yes, we are all also in the process of living, but, like it or not, the dying part is wrapped up in it, often so deep we manage to ignore it until there’s no choice. This past month, dying was front and center. I left Pyramid Life Center the next morning only to learn my childhood friend, Kari, had died late the night before. I cried for most of the drive home as I thought about her smiling face, about the children, husband, siblings, father and many friends she leaves behind, and about the stellar way she lived her life and the graceful way she lived her death.

Kari’s death followed close on the heels of the death of a Jesuit priest we knew through campus ministry at Le Moyne College in Syracuse. When our son first visited the college, it was Father John Bucki, S.J., whose broad smile, open arms and wise words drew all of us in. I have no doubt he played a big role in making Le Moyne Noah’s top choice, and he continued to be a powerful influence right to the end, not just on the students on campus but on all of us who were caught in the gravitational pull of his joy for life and for his vocation. It was a beautiful thing.

When both of these dear people died, the Facebook posts left on their pages told a story of lives well lived but, more than that, lives touched. Scrolling by on my computer screen were people expressing gratitude and recounting stories of how Kari and Father Bucki made them better people and, in some cases, changed the course of their lives through the simple act of loving first, always, no matter what.

So, when I heard those words—“For those who are in the process of dying…”—I thought not of those on death’s doorstep but of my own inevitable journey toward death, whenever that may be, and the legacy I might leave behind. I cannot hope to have the impact that either Kari or Father Bucki had, but can I, in the time I have left, love a little better, smile a little more, weave a little extra joy and compassion and grace into the process?

I got my answer on how to do that on the last morning of the retreat. Another group staying on the grounds was preparing for a full-immersion baptism in the crystal clear (and very chilly) lake. A group of us hurried down the hill to witness it. As we stood on the shore, a woman dressed in her Sunday best walked into the water, aided by friends from her church. After she was baptized, she came up out of the lake beaming with happiness. The faith and grace and power of that moment left many of us with tears running down our smiling faces. A few minutes later, another woman stepped forward, a little more tentatively. In an effort to ease her way, one of the ministers said, “With every step, say ‘Jesus.’” And suddenly the clouds in my cluttered mind parted and those words were all I could see.

We are all in the process of dying. The only way to get through that is to keep inching toward heaven, no matter what the world throws at us, and with every step, say “Jesus.”

This column first appeared in the October 12, 2017, issue of Catholic New York.