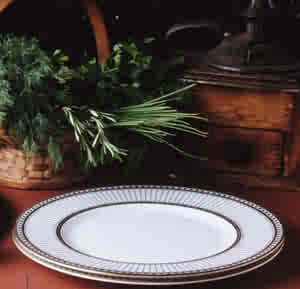 This story originally appeared in Our Sunday Visitor in 2010, which amazes me because it was years before I had even thought about writing Cravings: A Catholic Wrestles with Food, Self-Image, and God and yet I can hear the spark of that book within this story. But I digress. Perhaps you’d like to enjoy this post with a greasy burger or a big piece of chocolate cake while you still can.

Fasting and abstinence were once staples of Catholic life. There was a time not so long ago when you could spot Catholics in a restaurant simply by looking at what was on their plates on a Wednesday or Friday. But, with changes in Church rules and individual mindsets, fasting slowly began to fall out of fashion. Today, in popular Catholic culture at least, fasting is often considered a quaint practice of days gone by, something that pales in comparison to doing charitable works.

And yet fasting is one of the three pillars of Lent, equal to prayer and almsgiving in the trilogy of practices for the season. In fact, fasting is woven into the fabric of many of the world’s religions – Judaism, Islam, Buddhism – in one fashion or another. Why is fasting so important? Because learning to do without, especially when the sacrifice is made on behalf of another, helps to free our bodies and spirits from the worldly desires that threaten to pull us off our spiritual path. In fasting, we open up a space, both literally and figuratively, and allow God to squeeze in among all the other things that lay claim to our attention.

“Food is an obsession in our culture, and I really think we need wisdom from the Church about eating,” says Msgr. Charles M. Murphy, author of The Spirituality of Fasting: Rediscovering a Christian Practice. “It’s a basic human activity and there is wisdom in this whole tradition of fasting, which is focused on God and not on ourselves.”

Msgr. Murphy says it’s important to distinguish fasting from dieting and medically supervised programs because fasting is not about fitness or “right eating” or ecology. Just as almsgiving without prayer is simply philanthropy, fasting without prayer is simply a strict diet. Prayer must be the undercurrent that supports fasting or it becomes one more self-centered act designed to make us more appealing according to worldly standards, not godly standards. Fasting is first and foremost an act of humility before God.

“It’s creating an empty space for God to fill. It’s also penitential; it’s an expression of our desire to be converted from sin and selfishness and to remove the effects of sin in our life,” says Msgr. Murphy, explaining that there are two forms of fasting: total and partial. A total fast is eating nothing and drinking nothing for a designated period of time. A partial fast involves giving up specific things for a specific period of time “to undo the effects of sinful patterns, habits, and mindlessness that may have inundated our lives.”

We can all probably identify with mindless eating at one point or another in our lives. We grab something at a fast food drive-thru window. We eat dinner standing at the kitchen counter before running to a meeting. Even when we sit down to eat a meal, we are distracted by the whir of electronic gadgets around us – the TV on in another room, the computer buzzing each time an email comes in, the phone ringing as we gather the family around the table. Eating has become a frenzied, haphazard practice, where we consume too much with too little thought to the whole process.

Lately, the secular world has started to try to combat the problem by focusing on local food movements, “slow food” movements, farmer’s markets and organic gardens. It’s an attempt to reclaim food’s rightful place in our lives and on our plates: important but not defining, quality over quantity. Fasting, however, takes that noble idea and gives it the direction and meaning it needs to be truly life-changing and, when practiced regularly and communally, potentially world-changing.

Walt Chura, S.F.O., a spiritual director and Secular Franciscan, incorporates fasting into his weekly schedule. Until 5 p.m. every Friday, he eats only one slice of whole wheat bread with peanut butter and jam for breakfast and one slice for lunch. He also continues the old-school Catholic practice of abstaining from meat every Friday of the year, and he does it all as a spiritual practice for peace.

He began the practice following the suggestion of the U.S. bishops in their 1980s pastoral letter “The Challenge of Peace.” During Lent, Chura follows the traditional Catholic fast of not eating between meals and having two small meals, which together are smaller than the one main meal.

“Fasting always raises one’s consciousness of the millions who go hungry every day. It makes one reflect on the geo-politics of poverty and the maldistribution of wealth, which creates enormous resentment, discontent and violent reactions among the oppressed and their allies toward the powerful of the world,” Chura told OSV in an email interview. “Fasting keeps one conscious of one’s obligations toward creating a more just society and world both by personal works of mercy and promoting the common good in the social order. This is peacemaking.”

He says that fasting is a reminder to “go inward for the sake of compassion and to spend time with the source of compassion. This is prayer.”

Fasting can be found throughout Scripture, in the earliest Christian communities, in the lives of the Desert Fathers and the writings of the Church Fathers. It’s got a long history because it’s effective. In a world where we are attached to everything, from our iPods and cell phones to our careers and cars, fasting opens a window on detachment. In learning to do without food, we learn to do without other things as well.

During the season of Lent, Catholics 14 years and older are required to abstain from eating meat on Fridays. “Meat” includes all mammals and fowl. So, yes, chicken is meat. Seafood is allowed, however, as are animal products such as butter. Catholics between the ages of 18 and 60 are also required to reduce the amount of food they eat during Lent on days of fast, Ash Wednesday and Good Friday. Fasting is defined as eating one regular meal with two smaller meals, which, if added together, would not be more than the main meal.

Eastern Catholics and the Orthodox Church have done a better job of keeping fasting front and center in their practices, says Msgr. Murphy, stressing that eventual reconciliation between the Orthodox and Roman Catholic Church would require the Catholic Church to “get more serious about fasting.” In the Orthodox Church, two Sundays before Lent begins members give up meat until Easter. One Sunday before Lent they give up all dairy products and cook without oil until Easter. And, on the Wednesdays and Fridays of Lent, no food is eaten before sunset.

The lackadaisical Catholic fasting practices in the United States were something that Pope John Paul II brought to Msgr. Murphy’s attention years ago. The pope came to visit students at North American College in Rome, where Msgr. Murphy was then rector, during Lent in 1980. The Vatican had called ahead to say that the pope would want nothing more than soup and bread for lunch, something Msgr. Murphy recalls as setting a good example for his seminarians.

“During the meal he turned to me and said, ‘I have just come back from the States and fasting and abstinence have collapsed. What happened to it?’ I really didn’t know what to say. My book is a response to his question,” Msgr. Murphy told me.

“Prayer, fasting and charity are the three great pillars of Jewish and Christian piety, and they’re all indispensable. You can’t say, ‘I’m going to do charity and therefore I don’t have to fast.’ Prayer, fasting and charity are the three pillars, and Jesus incorporated them into his Sermon on the Mount as well as the Beatitudes. And he gave them a new status and a higher motivation, so it’s at the heart of the Christian message,” he explained, quoting St. Augustine, who said that prayer and fasting are the “two wings” of charity. “Charity really can’t take off, we can’t practice the great commandment to love God and neighbor unless we’re praying and fasting.”

February 15, 2021 • Cravings Tribe
We started out on this revolution-not-resolution journey of inner transformation at the beginning of the new year. The plan was to bring some new habits into ...
Read More

Lent: Are you willing to be surprised by God?

February 9, 2021 • Life Lines
Flannery O’Connor, the American Catholic southern gothic writer, once said, “I write because I don’t know what I think until I read what I say.” That line ...
Read More

February 8, 2021 • Life Lines
The column originally ran on Huffington Post in 2015, but it's a favorite so here it is one more time, just in time: Lent is one of those seasons that ...
Read More