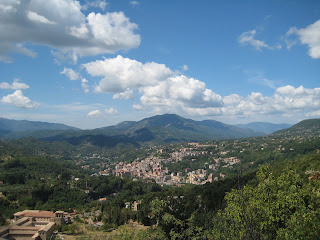 Today was my last full day in Rome. Well, that’s not really true since we left Rome and spent the day in Subiaco, about 90 minutes southeast of Rome. Spectacular scenery. That’s the view (above) from the Monastery of St. Benedict.

So here’s a quick run down of how things went. We started with Mass at the university in Rome. Then we took a bus to Subiaco where we went to the monastery that is built on top of the cave of St. Benedict. This is the actual cave where St. Benedict, father of western monasticism, spent three years living as a hermit. Amazing. That’s the monastery below. It’s filled with beautiful frescoes, including the only fresco of St. Francis of Assisi painted while he was alive. (They know that because he did not have the stigmata or a halo in the painting, so they date it to 1223, which is when the monastery’s records show St. Francis making a visit there.) That was a really great moment during the trip. To know I was walking where both St. Benedict and St. Francis once walked? Wow. 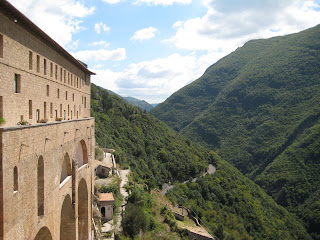 After St. Benedict’s Monastery, we went down the hill a bit to the Monastery of St. Scholastica, which is one of the original monasteries that St. Benedict founded and the only one that is still a working monastery. But before we went on a tour, we had lunch at the monastery restaurant. Amazing.

A Meal in Five Acts… 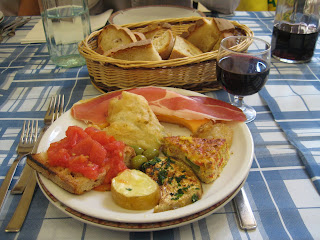 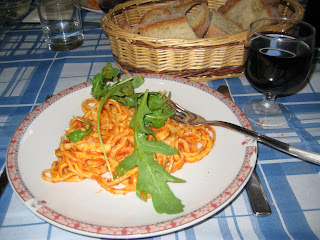 Act 3: Segundo (some sort of pork loin with rosemary potatoes) 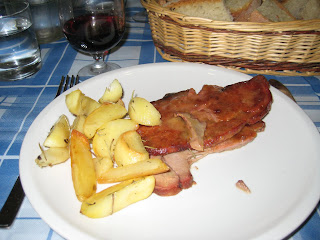 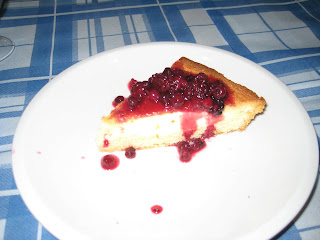 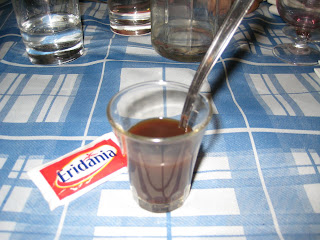 After that giant meal we went to the monastery. Over the door is the heart of Benedictine thought: Pray and work, Ora et Labora. 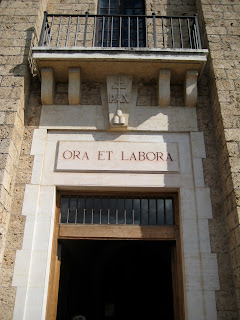 OSV’s Sarah Hayes with me at the monastery: 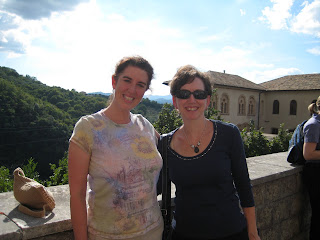 And a few more monastery shots from the various courtyards and cloisters: 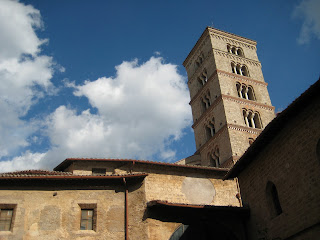 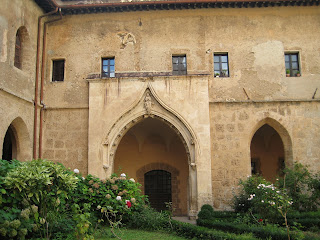 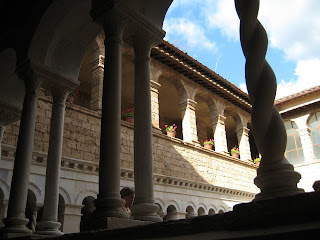 Finally, back in Rome, we cannot even imagine eating another meal. 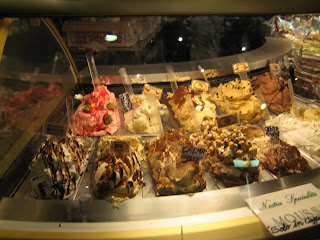