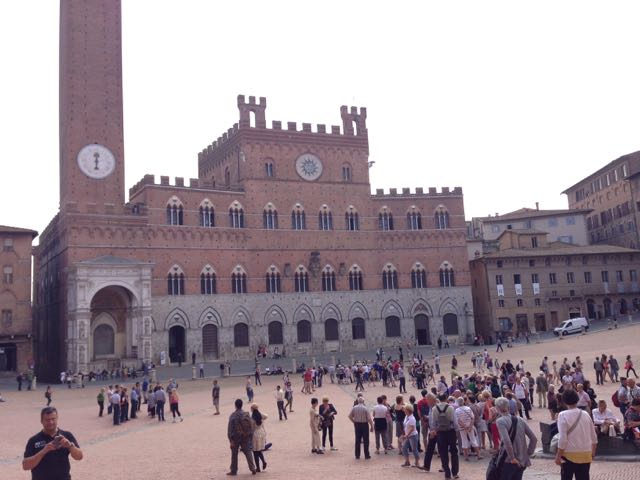 When I put Siena on our pilgrimage itinerary, it was mainly because I wanted to visit the church where St. Catherine of Siena’s head rests. (The rest of her body is at Santa Maria Sopra Minerva in Rome, and I had already been there. I wanted to be able to say I had seen ALL of her.) Anyway, that was the motivation for making sure we had at least a half-day in the city of Siena, but, oh, once we got there, how I wished we had more time.

I loved Siena. It was so much more manageable than Florence — quieter, not as crowded, fewer panhandlers and potential pickpockets, more medieval. I could stay in Siena for a few days and just soak up Italian life from my seat at an outdoor cafe in Piazza del Campo.

Although we had only about four solid hours in the city of Siena itself before heading to the outskirts for lunch at a winery and agriturismo, we packed in a lot of great sightseeing. We started with Mass at the Basilica of San Domenico, which is where St. Catherine’s remains are located. Visiting this basilica was probably one of the most unexpected emotional moments of the entire pilgrimage for me. I was so moved by the experience, not just praying before St. Catherine’s remains, but touching the pillar that she once touched when she prayed, being in this space that was so special to her, this great woman saint and Doctor of the Church. If you are in Florence or Assisi or the general Tuscany region, be sure to set aside at least one day for this beautiful city. Here is a quick photo journey through Siena. (As always, you can click on the photos below to enlarge them.)

The Chapel of St. Catherine inside the Basilica di San Domenico.  We had Mass at the basilica’s main altar. 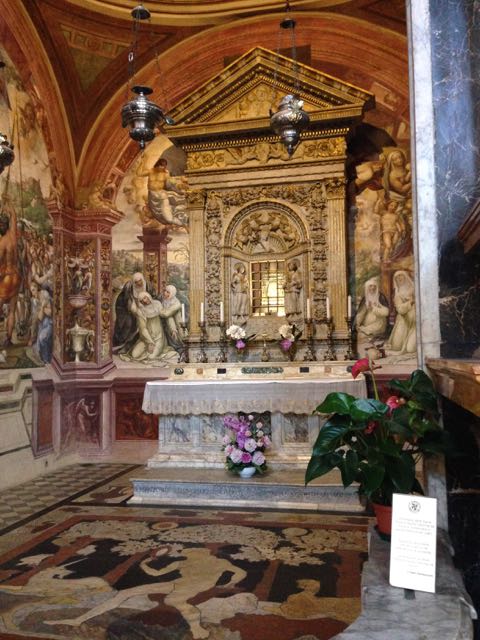 The street where St. Catherine lived, just beyond the umbrella on the right. 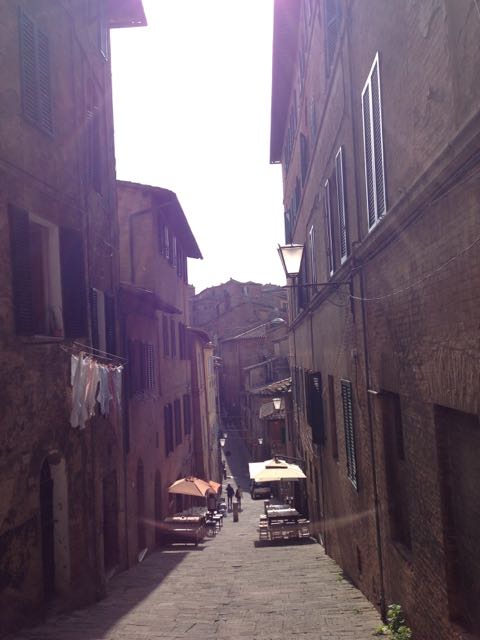 A gelato (or two) a day keeps the doctor away. 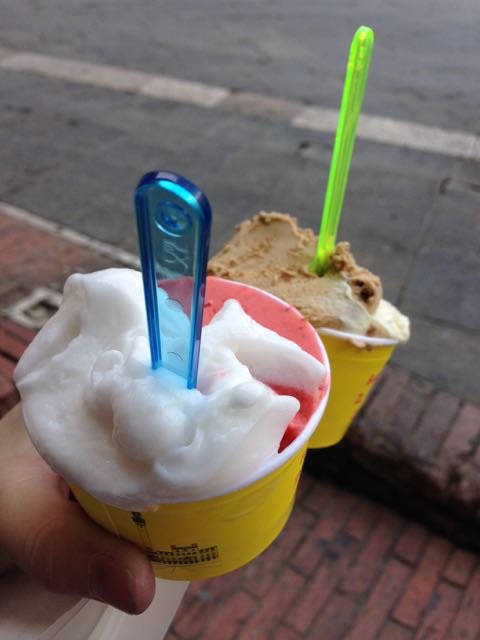 Gelato in the piazza

The main cathedral in Siena. Stunning. 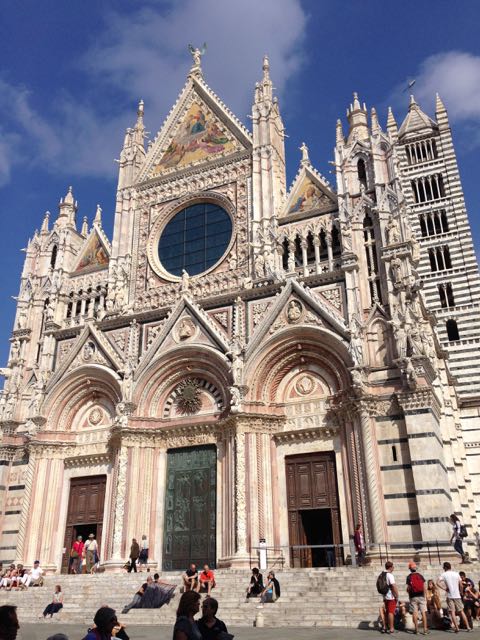 Lunch of wild boar at the Badia a Coltibuono winery in the outskirts of Siena. 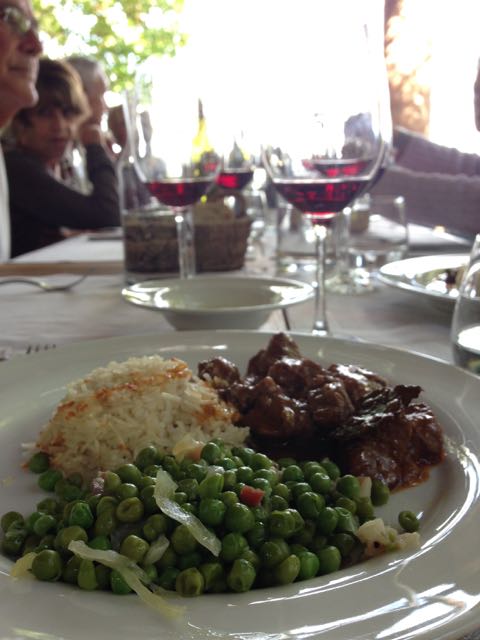 The winery was a former abbey. Breathtaking view, beautiful buildings. 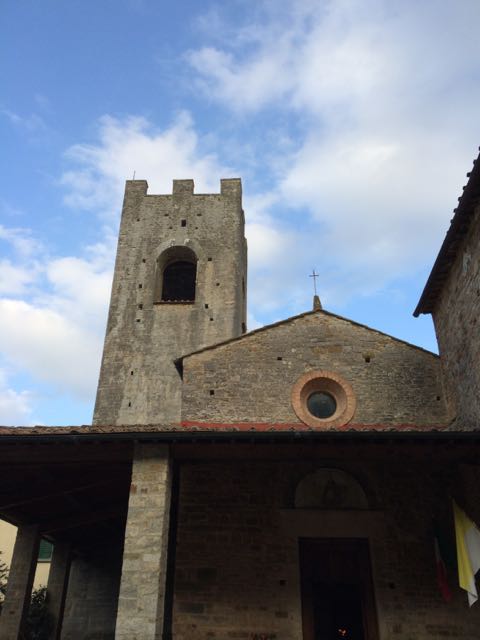 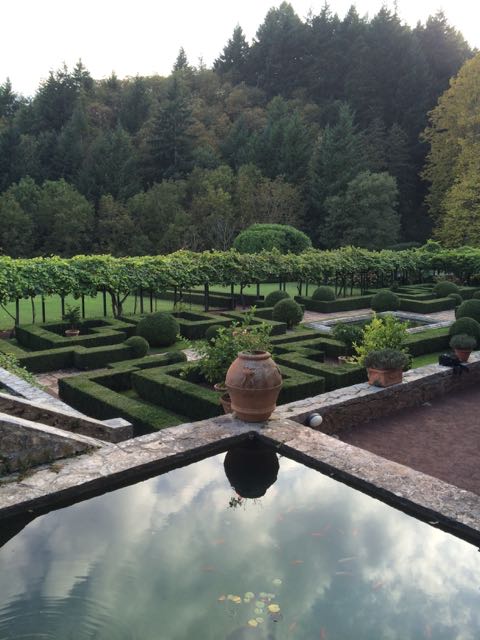 My vintage in the wine cellar. 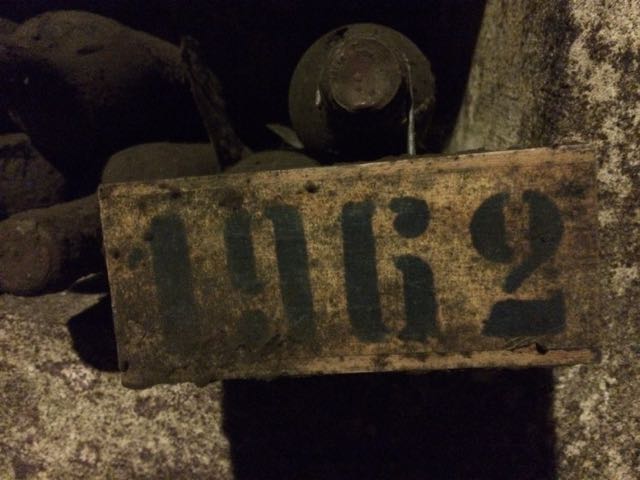 Next up: Assisi. Stay tuned. (If you missed my post on Florence, you can find that HERE.)