Countdown to Rome: The Churches 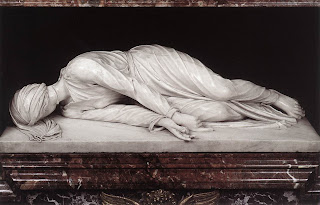 Six days until Rome…Today I’m talking about the churches that have made my “must-see” list. (This list does NOT include St. Peter’s Basilica or the Sistine Chapel because they will be part of “The Vatican” post later in the week.) The church names scribbled in my travel notebook are those places that have intrigued me or inspired me for one reason or another — the saints for whom they are named, the art that resides there, the people who are buried there, the architecture, the location, etc.

Santa Maria Sopra Minerva (in Centro Storico) is at the top of my list for a variety of reasons, the first of which, believe it or not, has to do with the fact that to get there I can walk down Via Santa Chiara (my youngest is Chiara and so this little factoid means something to me). But even more than the road I’ll travel is the destination. St. Catherine of Siena died here (or near here) and is buried under the altar (sans her head, which is in Siena). A full length sculpture of the saint is encased in glass on view. Aside from being a Doctor of the Church, a mystic and in general a very cool woman of faith, I consider her one of my patron saints since my middle name is Kathleen. Is it a stretch? Perhaps. But my godmother came up with that assignment, so I’m sticking with it.

Santa Maria Sopra Minerva also includes the tomb of Renaissance artist Fra Angelico and the tombs of two Medici popes — Leo X and Clement VII. Add to that the fact that it’s the only Gothic church in Rome, is chock full of great art, and is right behind the Pantheon and a very short walk from my hotel and it’s clear why this one is at the top of my list. Plus there’s that great Bernini elephant sculpture right outside in the Piazza della Minerva.

Santa Cecelia (in Trastevere) is home to the amazing sculpture pictured above, a replica of how St. Cecelia’s body was found when it was exhumed in 1599. Not your typical sculpture of a saint, and so I love it. She has three fingers extended on one hand and one finger extended on the other, which, according to legend, was her final testament to her belief in the Trinity — three in one — when she finally succumbed to multiple attempts to martyr her. Apparently she sang through the ordeal. Hence, her designation as the patron saint of music. This church scores big points in my sightseeing book just for being in the Trastevere neighborhood, where I have two other churches on my list: Santa Maria in Trastevere and San Francesco a Ripa, where St. Francis of Assisi actually once stayed. (Gee, here in NY the best we can do is George Washington).

Santa Maria della Concezione, home to the Capuchin crypt, which, I have to admit, I find extremely fascinating albeit morbid. This crypt is home to the exposed bones of 4,000 monks. The bones are set into the walls in a kind of macabre mosaic. Several full skeletons dressed in Capuchin robes hang from the ceiling. (It’s from these friars that we get the name for Cappuccino.) The sign in the crypt says: “What you are now we used to be; what we are now you will be…” How cool and creepy is that? I promise photos if I can get them.

Closer to my hotel and in the Piazza Navona area is the Chiesa del Gesu, the Jesuit church where St. Ignatius of Loyola is buried under the altar. St. Francis Xavier is there too — well, part of his right arm is there, but he used that arm to baptize more than 300,000 people so that’s nothing to sneeze at.

Santa Maria della Vittoria in the Quirinale section, if only to see Bernini’s carving of the Ecstasy of St. Teresa of Avila.

Rounding out my list are Sant’Agostino, Chiesa Nuova, Santa Maria della Pace, and Sant’Agnese in Agone in the Centro Storico; San Bartolomeo on Isola Tiberina; San Giovanni in Laterano and San Pietro in Vincoli (St. Peter in Chains), which is home to Michelangelo’s Moses sculpture, in the Monti quarter.

I don’t know if I’ll get to all of these. Or, perhaps, I’ll go to others instead. I want to try to avoid visiting too many churches on any given day because I don’t want them to blend together, so some of these may have to be dropped as I go. Whatever happens, I know I won’t be disappointed or at a loss for amazing churches to visit.

If you missed my previous posts on Rome, check the links below:
Countdown to Rome: The Food
With Rome in My Sights