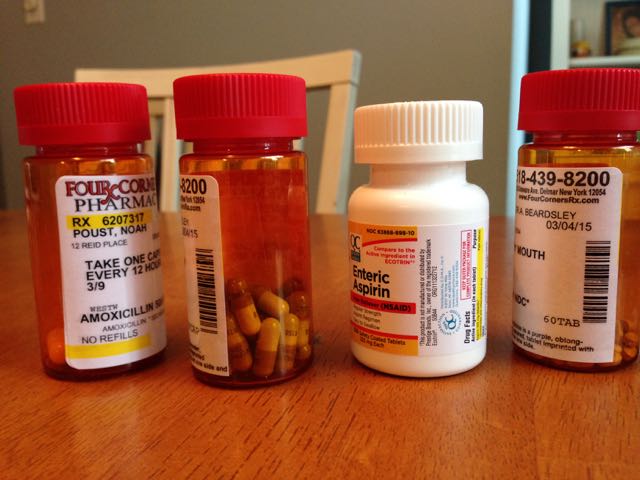 It has been a long five days, and we thank all of you for being there with us. We believe with all our hearts that you made a difference — for Noah and for us. We are overwhelmed by the outpouring of prayers, love, and support we have received from family, friends, and complete strangers both close to home and around the world. I have been getting emails, text messages, Facebook messages, Twitter messages, and phone calls from people who want to pray and help in any way they can. So let me tell you a little bit of what happened to land my son, Noah, 18, in the Critical Care Unit at St. Peter’s Hospital earlier this week.

At 2 a.m. on Saturday morning, Noah came into our bedroom complaining of chest pains. Thinking it was nothing more than indigestion or some other minor problem, we weren’t very worried, until a few minutes later when he said the pain was radiating to his jaw and left arm. At that point Dennis started preparing to go to the ER while I made Noah chew up low-dose aspirin in case he was having a heart attack. Still assuming it was something minor, I expected them to be home from ER in a couple of hours. Instead Dennis called to say Noah was being admitted to the cardiology unit with the likely diagnosis being pericarditis, inflammation of the sac surrounding the heart, and myocarditis, inflammation of the heart muscle itself — something that can cause permanent damage to the heart, congestive heart failure, and even death. All signs point to a viral infection brought on by his bout with the flu about four weeks ago (and, yes, he had a flu shot).

Life suddenly became surreal and scary, and I find it amazing how we managed to put one foot in front of the other and do what we had to do. If someone had told me a week ago that we would face what we faced, I would have said I couldn’t get through it. But there we were — sleeping in hospital lounge chairs, watching our son grit his teeth in absolute pain, listening to doctors rattle off a spectrum of outcomes that ranged from complete recovery on one extreme to heart transplant on the other, with plenty of really bad stuff in between.

Although the best hope on Saturday was that Noah’s condition had peaked and would start improving, on Sunday morning things went in the wrong direction with enzyme levels rising to the danger zone. That’s when I started posting prayer requests on Facebook. We cannot count the number of people who have been praying for Noah. We know it is in the thousands, and we are speechless over it. On Sunday morning, when things were not looking so good, the prayers and support that started pouring in lifted us up and gave us strength when we didn’t think we could face Noah without crying.

Prayer is not a magic bullet. We did not believe for one minute that just because people were praying Noah would be spared any permanent damage. Prayer doesn’t work that way. What it did do was link us to a larger community and make us feel less alone. And while we never stopped praying — probably not for one minute — all of those other prayers let us focus our energy on Noah because we knew so many people were taking up his cause in prayer. We have often said that living in the Capital Region is hard because we have no family nearby and, therefore, no support. These past five days have taught us that we have more support than we ever could have imagined. We feel so incredibly blessed.

It was not long after your prayers started pouring in that Noah’s condition started to improve dramatically, and I do not for one second think that was coincidence. To have thousands of friends and strangers focusing all of their spiritual and positive energy on our son made all the difference in our lives. I felt stronger. I know Dennis did as well. And because we were stronger, we were able to be a comfort to Noah and an advocate for Noah.

Of course, no amount of prayer could have saved Noah if he had not been in the care of some incredible doctors and nurses, starting with the cardiology fellow, Dr. Tariq Bhat, who happened to be on call in ER the night Noah was admitted. Noah’s pediatrician, Dr. Todd Giombetti, who was checking in with us constantly and conferring with Noah’s hospital doctors throughout, referred to Dr. Bhat as Noah’s “guardian angel,” saying that had we taken Noah to a different hospital or had there been another doctor on that night, Noah most likely would not have been given the test that showed so quickly what was causing his distress. Dr. Bhat is not yet a certified cardiologist, but he is an incredible heart doctor, as far as we are concerned. His fast diagnosis and his insistence first that Noah be admitted to cardio and the next night that he be moved to Critical Care were big factors, we believe, in Noah’s incredibly positive outcome. In addition to the medical care he provided, however, he also served as a reassuring presence to Dennis and me. He continued to remind us that we needed to remain calm for Noah.

On top of that, the cardiologist who was assigned to Noah, Dr. John Filippone, was beyond excellent. We had heard he was one of the best in the area, and now we know that is absolutely the case. He nailed down the details of Noah’s condition quickly, gave us all the information we needed — even when it was hard to hear — and did absolutely everything necessary to make sure nothing was missed. You often hear how hard it is to get a hold of doctors when you are in the hospital and need information. That was not the case with Dr. Filippone. I’m not sure when he sleeps because he seemed to be in CCU constantly, caring for Noah and a number of patients in even worse condition. We heard “code blue” over the intercom at least three times when we were there. 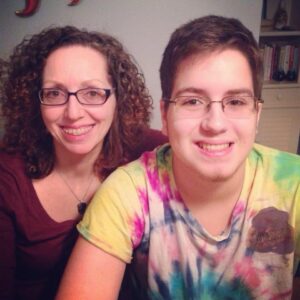 And when he wasn’t in CCU, he was in the heart failure clinic or his own practice. We have new appreciation for just how hard these doctors work, and we are grateful that Dr. Filippone worked so hard to make Noah well so quickly. If you need a heart doctor, he’s your guy.

I’m sure people see Noah’s photo here (taken just after he came home yesterday) or on Facebook and may assume that maybe his condition wasn’t as bad as we led you all to believe. It was bad. Worse than what we led you to believe. He had three separate episodes over 24 hours that mimic a heart attack in terms of pain. On a scale of 1 to 10, he was at 10. It would take up to an hour for medication to relieve that pain. Noah was so strong and brave as he suffered through that while they tried to figure out what combination of meds would get things under control. I am so grateful that his doctors managed to figure it out so quickly.

While the doctors get much of the obvious praise for Noah’s treatment, we remain in awe of the nurses who cared for him. They were ever-present, top-notch, comforting, and kind. They didn’t just stay on top of Noah’s vitals and meds but made sure we had food or blankets or coffee. We would like to especially thank the two Laurens in cardiology, and Marie F., Julia, Kathryn, and Maria from Critical Care. A special thanks also to Trish, the phlebotomist, and Josh, the last echocardiogram tech we saw before discharge. There are too many others to thank by name, but we are so grateful to the entire staff of St. Peter’s. We could not have asked for better care.

And that goes for spiritual care as well. The pastoral ministry Noah received at St. Peter’s was so beautiful and comforting. Within hours of being admitting to cardiology, Sister Mary Frederick Coyne, SNJM, the former principal of St. Thomas the Apostle School in Delmar and former pastoral minister at our parish, came by to pray over Noah, not because she knew him but because he happened to be on her list of Catholic patients to visit. Later that day our former pastor, Father David Berberian, came to the hospital at a moment’s notice to anoint Noah. The next day Bishop Edward Scharfenberger of Albany came by to pray with us and anoint Noah again. The pastoral care person from St. Thomas the Apostle parish, Maura Barrett, also visited to check on us, to let us know our parish was praying for Noah, and to offer meals. On top of that the hospital chaplain, Father John Tallman, brought Noah Communion and visited him several times, as did an additional chaplain whose name we never got. And I can’t forget my Cornerstone sisters who showed up in St. Peter’s chapel on Sunday afternoon specifically to pray the Rosary for Noah, and also a parish friend who came to Mass at St. Peter’s on Monday to do the same. We are stunned by all of it, and realize what a powerful faith community we are blessed to be a part of.

And as for all of you, what can we say? Again, there are too many to name individually here, but we will be in touch over the next few days and weeks to thank you personally. Meals were dropped off, left on our doorstep, ordered from restaurants and delivered. People from all over town and from every area of our lives offered to take our kids — and some of you did for more than one night! — drive the girls around, drive us around, do whatever we needed. Even if we didn’t end up needing your help, knowing you were there made all the difference to us. We cannot possibly express our gratitude adequately. I suggested that once Noah is fully recovered we’ll have an open house party to thank all of you and celebrate our many blessings. We’ll keep you posted on that.

Noah is home and resting right now. They say his heart will fully recover from this. He has a crazy regimen of medicine for the next few months. I’ve got an entire notebook devoted to it so we don’t miss anything. Because Dr. Kristina Roddy — Noah’s excellent infectious disease specialist — cannot completely rule out the possibility that Noah’s condition was caused by the strep throat he was battling at the time and the slim chance of rheumatic fever, he will be on antibiotics for the next TEN YEARS. Yup, you read that right. It is a preventative measure to ensure that he never gets strep throat again because, if he does, it could do serious damage to his heart. Better safe than sorry, especially when taking penicillin twice a day for ten years seems like a terrific outcome given the other options.