Are we willing to be marked as Christians? 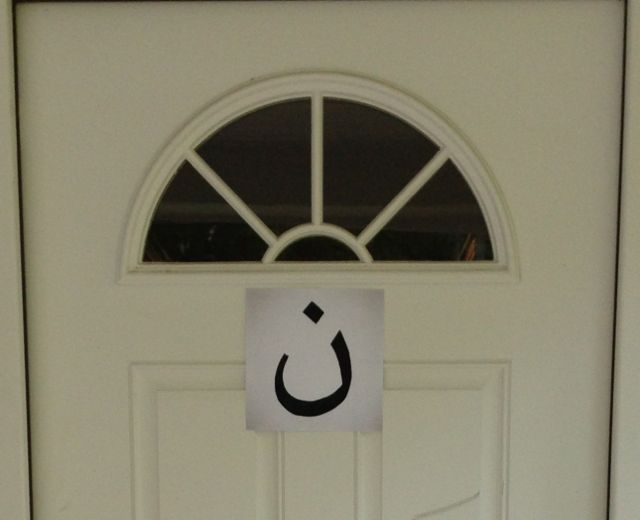 For weeks now I have been feeling helpless, hopeless, in a constant state of incredulity tinged with despair. So much so I have been completely unable to write about it. No words could express what I was feeling. How, I kept wondering, how was it possible that Christians in Mosul were being killed — their homes marked, their property stolen, their lives threatened, tortured, taken as they tried to flee the insane wrath of the Muslim extremists known as ISIS while the world looked away? Where were our leaders, where was the public outcry, or at the very least celebrities tweeting selfies as they held up signs with appropriate hashtags, perhaps #stopISIS or #savethechristians? Why was there silence in the face of genocide, religious cleansing, what was clearly — at least to those of us willing to watch — the earliest signs of a potential Christian holocaust?

And now suddenly the world has decided to take notice. Secretary of State John Kerry said President Obama acted “expeditiously” in response to the unfolding humanitarian catastrophe. Um, no, he didn’t. There was nothing expeditious about the reaction for the people who have been executed, for the children who have been kidnapped, for the women who have been raped, sold into slavery or killed in brutal fashion, for the fathers who had to watch it happen before being executed themselves. Their blood is on our country’s hands. Because we did nothing. Because we were silent. And silence is compliance.

If you follow my Facebook author page, you’re probably sick of me posting stories about this by now, but I can’t help it. At the end of my life, I cannot look back at this horror and know that I didn’t do at least some small thing to stand in solidarity with my brothers and sisters — and all those who are persecuted, no matter what their religion — in Iraq. 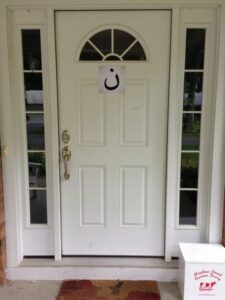 That is why last night, I printed out a copy of the Arabic letter N (meaning Nasara or Nazarene) that was used to mark Christian homes in Mosul so ISIS would know where to look for the people they needed to kill. It’s a small gesture, insignificant in terms of helping anyone, but it is a reminder to me that there but for the grace of God go I. It is a sign that those poor people — the ones whose lives were not deemed worthy enough of a mention by almost anyone other than a handful of Catholic bloggers and small (mostly Catholic/Christian) media outlets — are not alone. We stand with them, and we pray for them and with them as they face this unthinkable horror.

With the onset of national media coverage as the killing spreads beyond Christians to other non-Muslim religious minorities, more horrifying stories are coming to light and, with them, horrifying photos. Yesterday, as I read news reports, I happened upon the photo of a man holding up his daughter. It would have been a lovely father-daughter photo in a perfect world, but in this world the little girl had no head. ISIS had beheaded her. I saw a photo of a woman having her throat slit. I saw a photo of a half dozen Yazidi children who managed to escape the terrorists only to die of starvation and thirst on the mountaintop where ISIS stranded them. (Just a few of the thousands who are currently at risk of the same fate). Dennis told me to stop looking at the photos because he saw how upset I was getting, but I couldn’t. I needed to look. If I looked away, I might be able to convince myself things weren’t that bad, and they are that bad and worse.

Now every time one of my daughters comes over and asks for a hug — and it has happened a few times since yesterday afternoon — all I see is that father and daughter, and it makes me hold onto my children and silently thank God for my good fortune and pray for those who are not so lucky. And it makes me repost the stories, the tweets, the pleas for peace and aid so that others can’t look away either.

There is very little we as individual Christians, individual Americans can do to stop the madness, but we cannot look away, we cannot be silent, we cannot let a religious cleansing unfold and do nothing. We cannot turn our backs on genocide, not in Iraq, not anywhere. So let’s mark our homes with the same Arabic “nun” ISIS used as a death mark and show our solidarity with our brothers and sisters in Iraq.

After the initial cleansing — the one in Mosul that the world ignored — some Muslims, in solidarity with persecuted Christians, turned the death marks into a statement of unity:  “We are all ن.” (We are all Christian.) And they are right. Because no matter what our religion, we must be united against unthinkable evil in our midst. Because this will not stop with the cleansing of Christians and Yazidi.  Are we willing to be marked on their behalf?