The gift of bread, broken and shared among friends 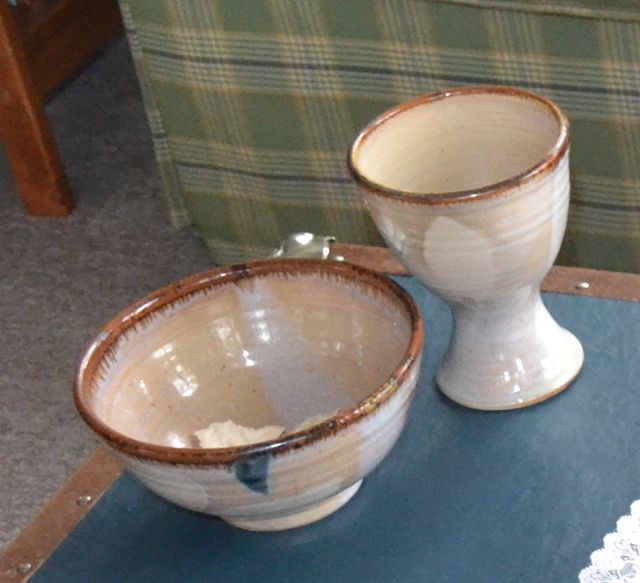 Earlier this week, we sat around our kitchen table as a family and broke the unleavened bread made by Chiara’s faith formation teacher as a Holy Week exercise and gift. As we passed the bread around, we talked about Passover and Jesus and the Last Supper and Eucharist, all the while thinking about how fitting it was that we were doing this as our Jewish neighbors were celebrating their own Passover meal in the house next door.

The Last Supper started out like any other Passover meal. Bread was broken and shared, wine was poured, but on that particular night the meal became something more, something miraculous, mysterious, mystical, monumental. And it happened not in a great temple or grand cathedral but around a simple table among friends.

Tonight, as Catholics gather for the Mass of the Last Supper, we focus on basic, everyday things taken to transcendent, extraordinary levels. The washing of feet, the blessing before a meal, the sharing of food and drink. It all sounds so average, so “normal” – things we might do in our own homes each night — but we know it’s anything but.

If we stripped away all the external trappings of church — the stained glass and statues, the choirs and cantors, the ornate altar clothes and chalices — and gathered around a table, any table, the Mass would still maintain its power. Because the Mass, using the words Jesus said during his final Passover meal, is not about pomp and circumstance but about faith and mystery.

I’ve been to Masses celebrated in beautiful cathedrals, and I’ve been to Masses celebrated in backyards and in my own living room. No doubt about it, the more powerful experiences were the ones that were personal, simple, communal in the best sense of the word. I think we’re getting a glimpse of that kind of celebration applied on a larger scale thanks to Pope Francis, who is attempting – as much as he can – to strip away some of the superfluous trappings of Vatican liturgies, tonight being a perfect example. No basilica, no robed choir, just the pope and some young prison inmates. I think the scene in that Italian jail tonight will be much closer to the scene of the Last Supper than anything that’s going to happen in a grand cathedral.

Sometimes it’s easy to get caught up in what I guess we could call, for lack of a better description, the “entertainment factor” of church. We sit in our pews and hope to be wowed by the music, inspired by the homily and awed by the architecture, forgetting that all the inspiration and awe we need is right there on a table in the appearance of bread and wine.