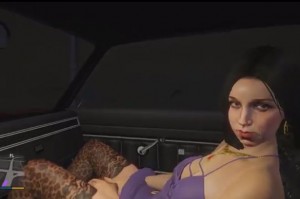 Grand Theft Auto, the violent bestselling video game franchise, was in the news again this week for upgrading its game to allow players to have sex with a prostitute from the player point of view. If you have kids, or if anyone in your house is playing this game and you haven’t checked it out, you need to do that today. Perhaps you’ll change your mind about whether your child is old enough or if anyone at all should ever be playing this game. Bottom line: They shouldn’t. Not only does it glorify crime and violence, but now it lets you or your child watch as a prostitute performs sex acts on you, moaning all the way. The audio alone should be enough to make any parent rethink this as an entertainment option for their kids — no matter how old they are.

But, wait, there’s more great stuff your kid can do in this latest version. Read this:

The icing on this controversial cake is the ability players have to then gruesomely murder their prostitute and take back their money. 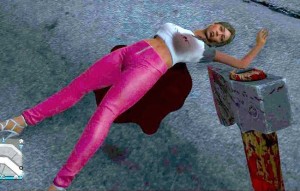 Still not convinced that this game is not only bad for children but bad for adults and bad for women and bad for society? Go on Youtube and search Grand Theft Auto V and you can see for yourself. It won’t be hard to find. I’m not linking to it here for obvious reasons.

I am so beyond offended by this game, as a woman, yes, but as a human being even more. And I’ve always been offended by this game, not just for how women are portrayed and treated on screen but for the over-the-top violence that is rewarded with points. And even before this latest version put sex into the hands of the controller, prostitutes were part of the on-screen world. Now it’s just a lot more graphic and offensive.

How is it possible that we find this okay, that this is a bestselling video game? Where are the feminist voices speaking out against this kind of misogyny? I’m dumbfounded. I sort of insulate myself from this sort of thing. We don’t allow it in our house, and to a large extent I don’t allow it into my mind because letting it into my mind puts images of violence and murder and beating of women there, and that’s not good for me, or anyone. Which is why it’s bad for society. When people spend hour upon hour using their controller to kill people, steal things, hire prostitutes, beat women, it begins to blur the edges of what’s okay in real life. It desensitizes us to violence, which is why the the military uses video games to help soldiers get over the innate human aversion to killing. My husband, Dennis, interviewed a lieutenant colonel in the army about this for OSV Newsweekly years ago, and now this expert has a new book out specifically on this topic, Stop Teaching Our Kids to Kill.