In fear I faced the real question: “Why not me?” 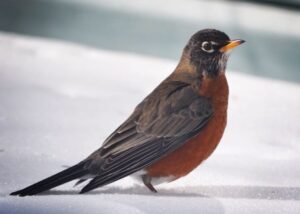 I am typically a “Why me?” sort of person — when my computer crashes, when a recipe flops, when I come home from the store without the one thing I went there to get. So you can only imagine how I might kick that attitude up a notch when something significant is at stake. But last week, when my 18-year-old son, Noah, was facing the possibility of serious and permanent heart damage, when we had no control and no way to help him as we watched him suffer through painful attacks, the “Why me?” slowly started shifting to another place.

Operating on a couple of days without sleep, I drove home from the hospital in a fog last Sunday morning, hoping to grab a short nap and check on our girls while Noah rested in the Critical Care Unit with Dennis at his side. I drove through the cold, slushy streets of Albany with hot, salty tears running down my face, begging God, “Please don’t take my baby.” By the time I got home, I was no longer silently begging; I was loudly screaming. And then somewhere in the midst of it came the slow, creeping acknowledgment that despite my crying and carrying on, I had no right to expect an escape from the harshness of life. Suddenly all that kept running through my head was, “Why not me?”

I found some sort of strange solace there, a serenity that created a calm in the eye of my storm. I think it was due to all the prayer requests I had posted on Facebook and sent out by email and text. As I received message after message from people all over the map, I could feel myself growing stronger and my fears growing weaker. Yes, I was still afraid for Noah, and I was still running through the mental laundry list of “what ifs,” but underneath it all was a steadiness grounded in the fact that I was not special, that I shouldn’t expect to be spared the suffering so many others endure. I could feel strength surging up from that place, a willingness to acknowledge things might not turn out exactly as planned and that we would move forward anyway, standing alongside Noah as he faced whatever difficult thing might come his way.

Fortunately the tipping point in Noah’s case shifted in our favor and after a scary few days we were told he would make a full recovery. I could feel myself exhaling for what seemed like the first time in four days. Not long after this positive turn, his Critical Care nurse said, “You’re so calm. You’re really handling this so well.” I smiled at her, but on the inside I was laughing, because anyone who knows me would not put the words “calm” and “Mary” in the same sentence during a crisis.  Efficient and determined, yes, but calm? Not so much. And, again, I felt the blessing of all the prayers from around the world. I never thought those prayers would guarantee a positive outcome for Noah, because I know from experience that prayer doesn’t always get you what you want, like some kind of heavenly vending machine that sends down the spiritual equivalent of a Twix bar on request. But I did know the prayers would help us — Dennis and Noah and me — as we faced the toughest few days of our lives.

Our recent brush with our son’s mortality forced me to stand on the other side of the “Why me?” equation, to see that we were not singled out in this suffering but rather firmly entrenched with so many others in facing the reality of our frail and sometimes broken humanity. The Lord gives and the Lord takes away. I am saying unending prayers of thanksgiving that in this case the Lord kept giving, that in the dark winter of Noah’s illness came the light of spring.