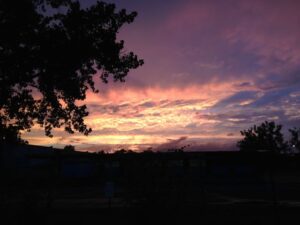 How is it possible we have already hit mid-July? I would find that totally unbelievable except for the fact that I’m looking out at my yard as I write this, and it is clearly mid-July out there. It’s like a jungle, with plants run amok and weeds the size of small trees. This is what happens when summer starts to get away from me, and it almost always does. (It just so happens that as I was looking out at my jungle yard, Cari Donaldson posted this wonderful essay  about this very thing. Please go read it when you’re done here.) With everything on our calendar for the coming week (including another trip to NYC with my sister and brother and our families), I suspect things aren’t going to get any tidier any time soon.

Bookshelf: When I was at the library last week, working at one of the desks hidden behind the fiction section, I had the sudden urge for some easy-to-digest spiritual food for thought. One of my favorites in this category is Buddhist monk Thich Nhat Hanh, whose writing always inspires and whose Buddhist philosophy actually complements my Catholic faith life quite nicely. So I picked up You Are Here: Discovering the Magic in the Present Moment.

GPS: I had a chance to put my driving-as-prayer suggestion into practice when I hit the road on Friday and headed west to see my childhood friend, Kari, who was staying with her sister just outside of Syracuse. We have been friends for more than 40 years, although we rarely get to see each other anymore. Doesn’t matter though. We pick up right where we left off in high school. It was a wonderful almost-24 hours of friendship and laughter and sunshine, of good food on the deck and beautiful children splashing in the pool, of quiet conversations late into the night and early morning coffee shared before the kids woke up. Such a gift. I am blessed. 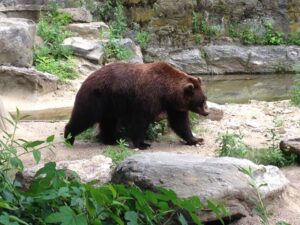 Syracuse one day, the Bronx the next. Dennis and I took the kids to the Bronx Zoo, an almost-annual tradition that we all love. It was a beautiful day for it, although by mid-afternoon we had surpassed steamy, as evidenced by my willingness to knot a broken hair tie and pull my hair into a ponytail because I couldn’t take it anymore. The animals were in fine form despite the heat. The grizzlies were frolicking in the pool; the gorillas were resting but full of quizzical and serious and playful looks; the tigers were on the move; the monkeys were putting on a show as they swung from vine to vine. We always become members of the zoo when we make these trips because it not only saves us money but allows us to become part of the Wildlife Conservation Society, which does amazing work to make sure animals that are endangered or close to extinction manage to survive. And in case you have issues with zoos, know this: The grizzly bear you see here, as well as the others that live with him are considered “nuisance bears” because they continually worked their way into human territory. If not for WCS and the Bronx Zoo, those bears would have been put down. Instead, they’re climbing rocks and playing together in a pond.

And here’s a lovely peacock who was walking around in the food court. You know me and peacocks. Couldn’t resist a photo when he was walking right in front of me.  Unfortunately, he was almost off screen by the time I snapped this. Still, look at those feathers! (You can click on it for a closer view.) 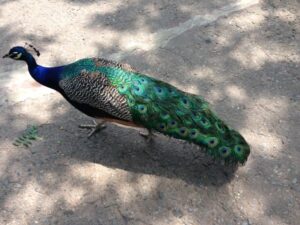 Menu: After our day at the Bronx Zoo, we headed to our favorite restaurant on Arthur Avenue: Dominick’s. No menu, no prices, no credit cards. They pretty much tell you what you want to eat, and we are never disappointed. We were stuffed to overflowing and took home enough for at least three more dinners. Here’s my stellar cavatelli with rapini in garlic and oil. Delish. Next time, however, we will go on a Saturday so we can go to all the other shops. 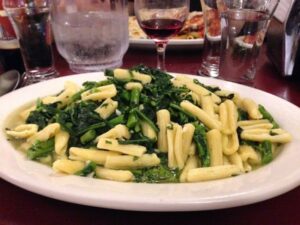 Soundtrack: This one makes me happy. And I do believe we’ll be okay.