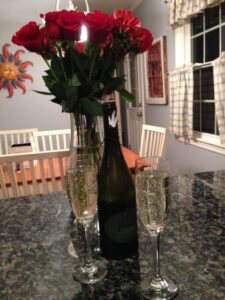 Happy anniversary to us, Dennis Poust, even if we have to celebrate apart for the first time in our 19 years of marriage. We’ll make up for it when you get back from Roma.

It’s hard to believe it was 19 years ago 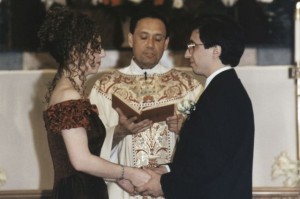 that we walked down the aisle at Our Lady of the Assumption Church in the Bronx on that sunny but windy April day. I’m not going to say here’s to 19 more because I’m aiming for much more than 19 years. Let’s shoot for another 30 at least, or maybe even 40+, if I’ve inherited my grandmother’s genes. To quote that goofy Carpenters’ song, “We’ve only just begun.”

Although I love that traditional wedding photo of us over there on the right, I also have to post two other photos. One is my favorite candid shot of us from our wedding, the black and white photo Maria took when we were dancing and talking to Tricia. The other is another dance shot, from just last summer, when Olivia snapped us as we were dancing on our deck after an afternoon at the pool. Same happy faces, same sort of pose, just 19 years apart. 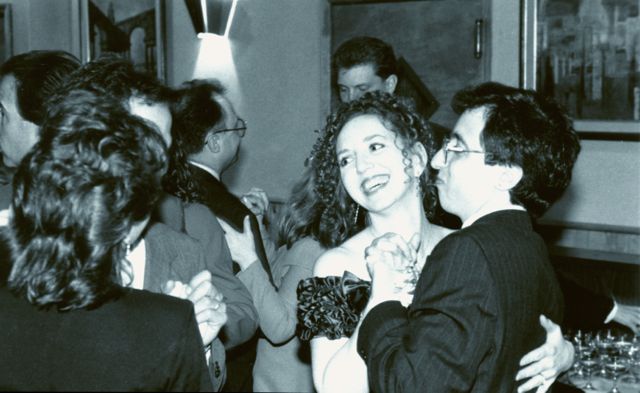 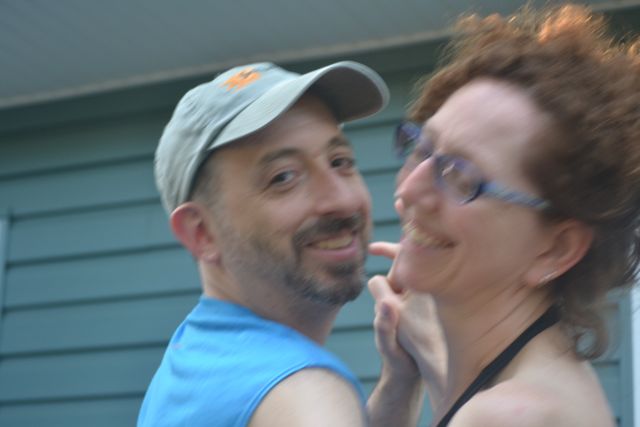 Every year, I usually post a video of our wedding song, Emotionally Yours, by Bob Dylan, but this year I thought I’d change it up a bit. I thought and thought about what song I’d post because so many are so fitting (and so many we’ve shared on our many mixes), but I decided that this one was perfect for this moment in time.